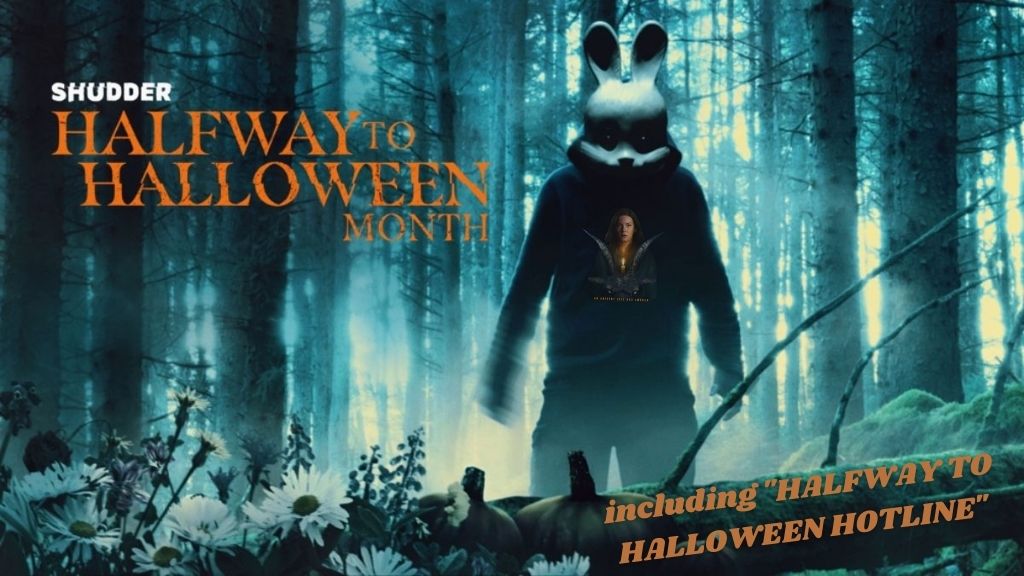 Commenting on the impending celebrations, Craig Engler, Shudder’s General Manager said: “We’re curating a slate of the best in horror all year round, but April and October give us a unique opportunity to connect with and hear from our members directly about the movies they’re craving and what they love most about the genre. And we’re pairing that with an impressive lineup of new, fan-favorite titles, as we continue to go deep on the genre like only Shudder can.”

Every Friday in April, between 15:00 – 16:00 ET / 20:00 – 21:00 BST, Shudder subscribers will be invited to hop on a call with Samuel Zimmerman, to receive their very own made-to-measure horror movie recommendations from Shudder’s vast movie library, covering everything from your all-time favorite genre films to this year’s buzziest upcoming releases. A new hotline phone number will be announced every Friday across Shudder’s social media platforms.

Please note: While recommendations are provided for free, normal phone and long-distance charges may apply. Call volume is expected to be high, so please keep trying if a busy signal is received. There are no guarantees that every call will be answered, but Sam will get through as many as he can within the hour.

Shudder’s acclaimed documentary series is back to explore the facts and myths surrounding a new batch of famous films some consider cursed. The new season will feature The Wizard of Oz, Rosemary’s Baby, Stalker, The Serpent and the Rainbow, and Cannibal Holocaust. Featuring new interviews with FX expert and former Mythbusters host Adam Savage, Oscar-winning cinematographer Roger Deakins, actor Bill Pullman, and director Ruggero Deodato, among many others.

The Cellar – A Shudder Original

Filmed on location in Roscommon, Ireland, The Cellar tells the story of Keira Woods (Elisha Cuthbert), whose daughter mysteriously vanishes in the cellar of their new house in the country. Keira soon discovers there is an ancient and powerful entity controlling their home that she will have to face or risk losing her family’s souls forever. Official Selection, SXSW 2022. Written and directed by Brendan Muldowney.

A virus breaks out and a chilling massacre rages through the streets. The sick become hunters, and only calm their fever by unscrupulously killing all those not yet infected. Unaware of this, Iris (Paula Silva) and her daughter spend the day in the sports club where Iris works as a security guard. When night falls, their fight for survival begins. Their only hope of salvation arrives when they discover that after each attack, the infected seem to stop for 32 seconds of calm before attacking again. Also stars     Daniel Hendler and Sofía González. Written by Juma Fodde and Gustavo Hernández and directed by Gustavo Hernández.

4th April: Haunt, Lords of Salem, Cutterhead, The Ritual, You Might Be the Killer

12th April: Subspecies, The Pit and the Pendulum, Intruder