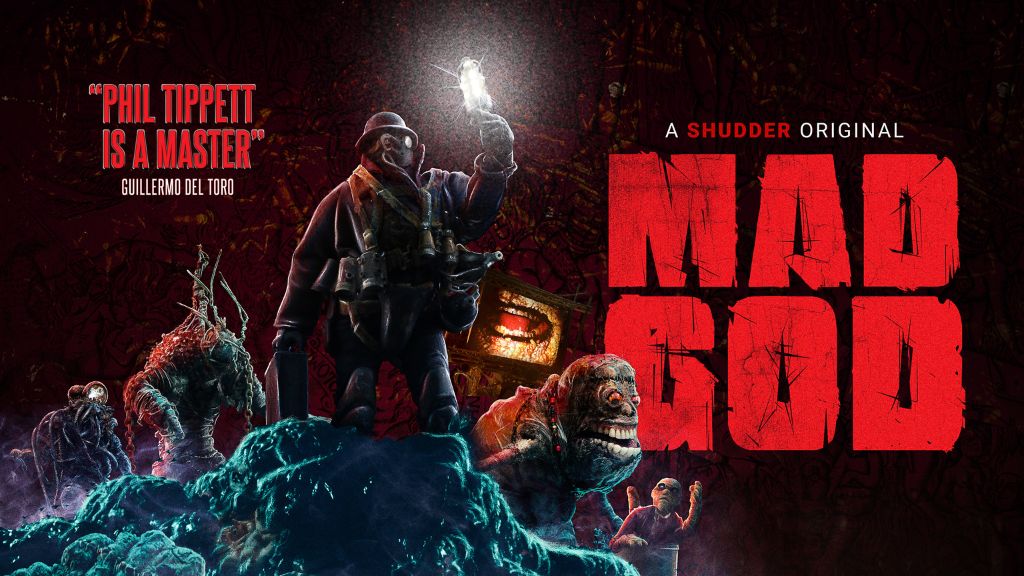 Shudder has just debuted the eye-popping new trailer for their original sci-fi stop-motion shocker Mad God, from the mind of visual effects visionary Phil Tippett, Oscar and Emmy Award-winning special effects supervisor and stop-motion animator. Founder and namesake of Tippett Studio, he has worked on innumerable cult classic films ranging from RoboCop, Starship Troopers, Jurassic Park through to Star Wars: A New Hope and The Empire Strikes Back.

An inspiration and pioneer in his field, Tippett’s work has been praised by Steven Spielberg, Paul Verhoeven, Lucasfilm president Kathy Kennedy and countless others, and to this day he continues to push the envelope in the animation genre.

Written, directed and produced by Tippett, Mad God is an experimental animated film set in a world of monsters, mad scientists and … war pigs. A corroded diving bell descends amidst a ruined city, coming to rest atop an ominous fortress guarded by zombie-like sentries. The Assassin sets off to explore a labyrinth of strange and desolate landscapes inhabited by freakish dwellers. Through unexpected twists and turns, he experiences an evolution beyond his comprehension. Mad God, a labor of love that has been 30 years in the making, combines live-action and stop-motion, miniature sets and other ground-breaking techniques to bring Tippett’s sui generis and grotesquely beautiful vision to life.

The film will be released on Shudder on Thursday, June 16.