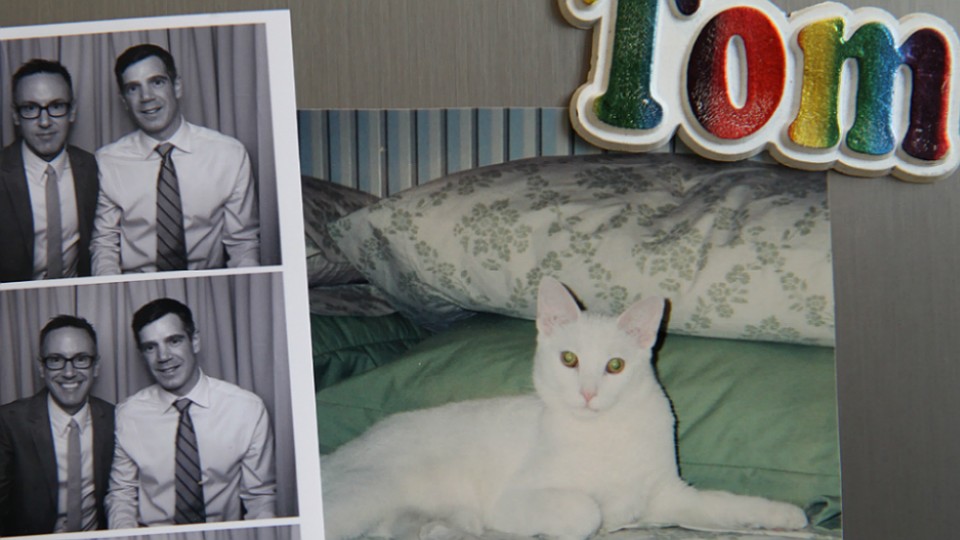 Everybody in the world has had to deal with an unsatisfactory and, frankly, psychotic landlord. It’s why the “profession” has such a terrible connotation to it: Landlords suck and are out for all the money they can steal. It’s a shame we have to deal with downright loons who want to scupper our blissful living space with their lazy attitude as the home around you crumbles and rent is constantly raised to the unsuspected innocent victims – I mean tenants- who have no choice but to stick with it because more than likely, there’s nowhere else to go. Whilst there are, presumably, a bunch of hard working honest folk who what to make life as blissful for you as possible, there is undeniably a rotten lot who verge on megalomaniac money hungry beasts.

Then there are some whose heart is in the right place, but their heads…well…

One Year Lease is a case of this phenomenon and is a small enthralling documentary about award-winning filmmakers Brian Bolster and his partner Thomas’ unhinged ex-lady Rita who, when they moved into their apartment, began a bigger any tirade of messages from benevolent to manic.

The film presents this as an aural collection of snippets from 100 different and seemingly crazed dialogues that denotes the somewhat hellish badgering their new residence offered them. From Rita’s growing concern for Casper the Cat’s well-being, to belief that someone is lurking in their flat playing hide and seek as she tries to give them mail, the landlady’s pestering is doused with earnestness but., ultimately, the frustration begins to seep through.

Set to snippets of Bolster’s flat, the problems he had, and the serene contrast of their new abode (a focal point of the glossy white cat Casper quite a delight to,) One Year Lease presents an honest look at a woman’s kindness and obsession that eventually led to a tirade. There is an ache of sadness as you feel somewhat sorry for her because her messages smatter of loneliness, haunting with her concern. But that’s not to say that Bolster or his partner are to blame because, frankly, the overbearing messages seep into irritation and your heftily reminded that this is merely 15 mins of 100 messages, across a small period that amounted to an hours worth of nagging and dialogue. All the while, their apartment was falling apart. It’s not difficult to resonate with the pair and how Bolster represents this is endearing and wickedly entertaining.

Also, the film posts a heavy reminder that when you buy a flat, you aren’t just renting the property – you rent the landlord too…