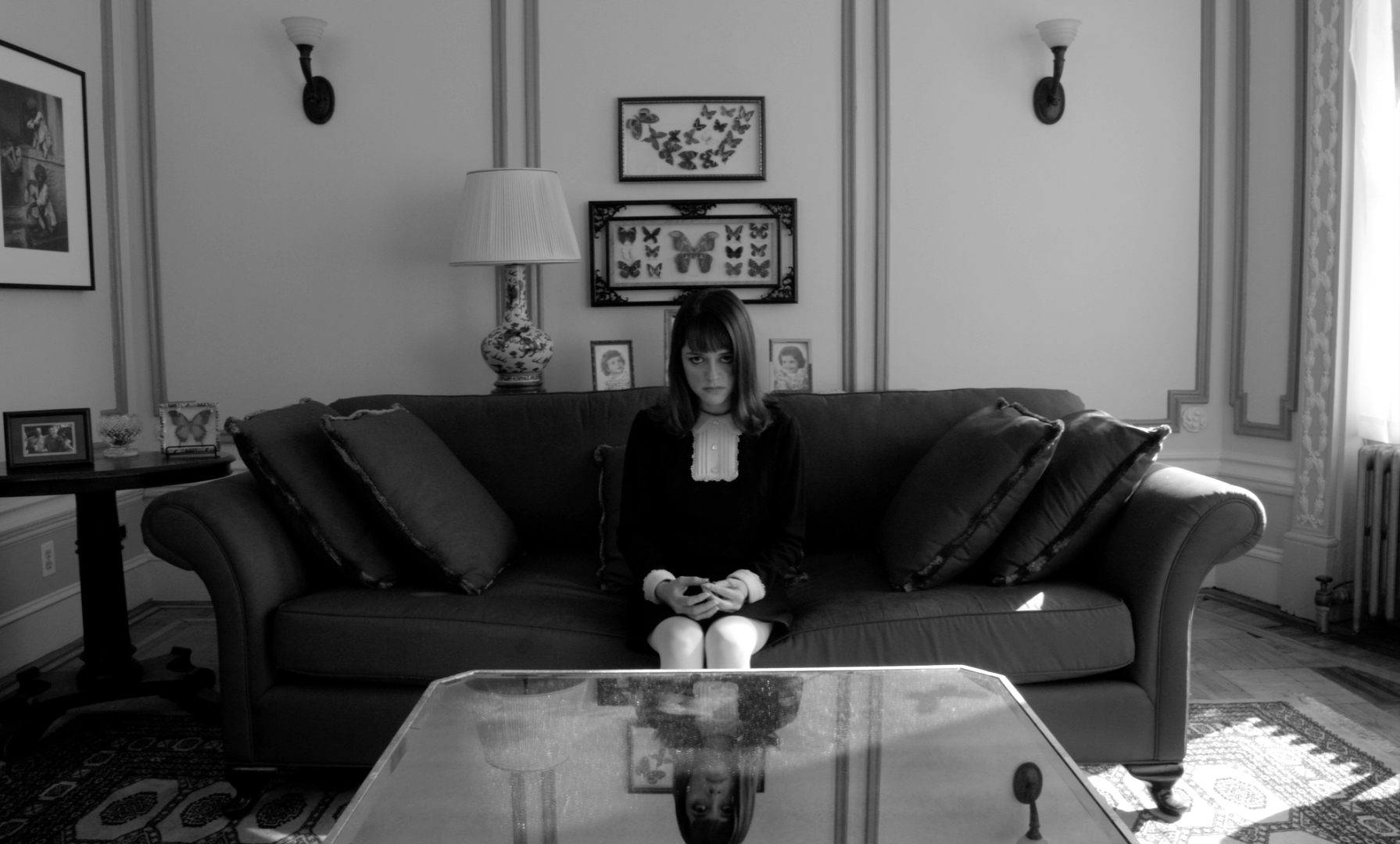 Darling follows a young woman known only as “Darling” who becomes the caretaker of a large apartment in New York. She slowly descends into madness as the house’s horrific past seeps into her dreams and her reality, leading her to struggle to differentiate between truth and fiction.

Director Mickey Keating crafts an outwardly exquisite film with Darling; the blend of black and white photography, eccentric editing and general stillness of the film conjures a quietly nightmarish, but beautiful surface that teems with ominous suggestion and intrigue. The simple juxtaposing of light and dark and black and white become the perfect symbol of the film’s preoccupation with opposing images. Frequently, we are shown scenes of regularity, for example, the answering of a phone, where an indication of Darling’s deteriorating sanity is shown in a jarring flash of imagery that reflects the thoughts racing around Darling’s tainted mind. Sometimes, these breaks in the film’s flow feel a little too obvious; Darling is certainly not as ethereal as you would expect and it is not a film that wants to solely rely on its audience’s ability to ponder what’s below the surface, choosing to paint it all in black and white for us. Admittedly, this does pave the way for some striking visuals, but the film’s lack of subtlety can be mildly aggravating.

The clash of beauty and horror of Darling’s exterior is mirrored in the film’s leading lady Lauren Ashley Carter whose contrasting dark hair and pale skin, as well as her quiet outward presence and inner hellish hallucinations construct a physical body for Darling to unleash its interest in stark contrasts. The ultimate darkness resides within the most innocent of façades as the house’s hold tightens around Darling’s neck and sets her on a path of psychological destruction. The film calls for comparisons to The Shining with Jack Torrance and Darling’s madness ensuing in a claustrophobic space filled with endless corridors and a locked door with god-knows-what behind it. The Shining delivers a nightmarish finale after its build-up and gradual loosening of Torrance’s grip on reality, but in comparison, Darling’s eventual snap is far less scary and much less entertaining. In the end, the closing moments feel rushed and predictable, with even the eerie final scene failing to drum up little more than an eye-roll.

The film sets up a huge potential for exploring a shattered psyche within this deceptively attractive exterior, but unfortunately, Darling fails to meet the expectations it sets itself. There are frequent hints at the insanity that is sure to follow Darling’s flashes of madness that are shown in her struggle to keep a grip on reality; as she creeps around the house at night, she becomes increasingly separated from what is real, becoming consumed by the house’s horrors and past, which saw a woman fall to her death from the balcony. A rumble of thunder and the otherwise relentless silence and lack of dialogue become ominous warnings of the storm to come, acting as a build for the eventual onslaught that, surely, must be around the corner. Sadly, by the time Darling’s climactic finish ensues, it fails to have the dramatic and shocking effect that it strives for.

Darling becomes a victim of style over substance. Its careful construction and determination to be as beautiful as possible leaves very little to enjoy below its surface. There is some gorgeous imagery and quietly disturbing moments of terror, but what we are ultimately left with is average rather than amazing.