Bed of the Dead follows a group of twenty-somethings who get trapped on a bed, faced with an impossible escape that means certain death if they touch the floor. It’s 1408 in a smaller space when the group are plagued with terrifying hallucinations that leave them unable to distinguish between truth and reality. Sure, the film never quite reaches the standard of the Stephen King adaptation and nor does it perfectly replicate the terrors present in the film it drives to pay homage to – the bloodshed in The Shining, the gore of Evil Dead and the creepiness of J-horror classic The Ring – but it still manages to be a perfectly fun and scary romp if you see past its imperfections.

The characters are empty vessels devoid of personality or any interesting traits and that hinders the film when they’re all knocked off one-by-one. It’s difficult to care or be effected by their deaths – no matter how gruesome they are – when they’re painted as those stereotypical young folk we see frequently in slasher films. Perhaps this is Bed of the Dead’s intentions; to bring these four silly characters to this place to purely meet their end and, fair enough, because they do meet their makers in grisly, creative and memorable ways. Gorehounds should be pleased with the film’s bloody generosity, but those who desire their horror to have more beneath its surface will be surprised to see there is more here than just a few killer death scenes.

Bed of the Dead detours into some surprising territory as it tries to persuade us it can be more than just a bed of death. There is an intriguing side-plot that centres on a police investigation that intermingles with the death bed focus, which introduces another layer to the film’s otherwise supremely simple story. Even at only 80 minutes it would have been tricky to fill a feature film runtime with four people sitting on a bed the whole time, so writers Jeff Maher and Cody Calahan do well to choose to inject it with just a little bit more. This side story soon becomes a little convoluted as it reaches its end and the ending itself is particularly silly. However, the film’s called Bed of the Dead, so to expect something realistic would be a mistake.

Despite the film’s playful title, the story unravels in a surprisingly straight-faced fashion. This is not going to be the ridiculous and entirely silly film you may be expecting and you’ll eventually realise that there is an underlying concern with guilt and honesty seeping through this story’s seams. Again, it’s another familiar thematic choice, especially with recent films like Red Christmas, The Forest and, in particular, The Windmill/The Windmill Massacre choosing to use horror as a way to explore different feelings of guilt and the affect it has on the characters. Bed of the Dead disguises this inner message with its exploitative thread and love of horror, but if you rip out its heart, Bed of the Dead has a deeper message than you’d expect from a film with a rhyming title.

Bed of the Dead is an impressive debut from director Jeff Maher that proves he has a huge love for the genre and is able to wear his influences proudly on his sleeve. If you want a short and scary sweet tale of a haunted bed, then look no further because this one’s a treat.

In this article:Bed of the Dead, Black Fawn Films, Cody Calahan, Jeff Maher 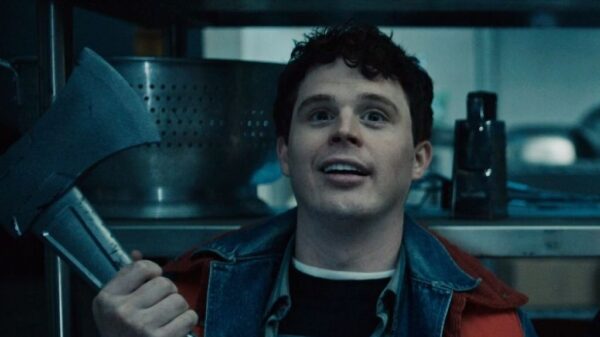 Hot on the tail of the news of its Fantasia International Film Festival World Premiere, the first trailer has been unveiled for Black Fawn...