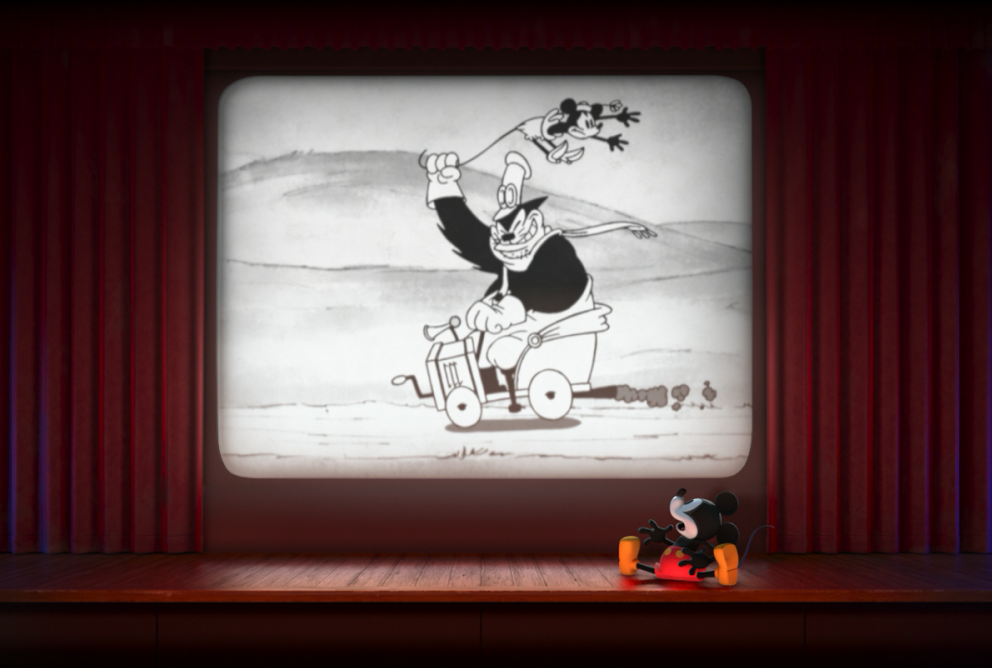 It has been a long standing tradition with Disney movies that a short warms the audience before a feature. Re-invented by the brilliance of Pixar (a brilliance that will be celebrated soon) nowadays you simply can’t escape Disney shorts. Recently, the Oscar-Nominated and exceedingly excellent Frozen caught us all in its icy blizzard. But, rapturing us much before the “Let It Go” sequence, Disney delighted us with the wonderful Get a Horse which also has been nominated for an Oscar in the Best Animated Short category.

Get a Horse starts off like all those retro Disney films that featured the beloved character, Mickey Mouse – black and white and jaunty. It follows Mickey and pals on an adventure through the country roads; strumming a bumpkin tune and enjoying the summer’s day. Unfortunately, they are interrupted by Peg-Leg Pete, that cantankerous old dog, who kidnaps Minnie and sends her fella out of the screen. But what can the famous mouse do now he has entered the three dimensional world.

Directed by Lauren MacMullan, Get a Horse is a wonderful playful piece that works by twisting the dimensions of cinema. What starts off pleasant enough turns into a riotous event as our beloved old timey characters navigate the third dimension as well as altering the universes of the cinema. It’s all great and then becomes all the more great when you realise that these characters are voiced by their original stars such as Walt Disney for Mickey. It’s a smatter of nostalgia written in the modern age and it will leave you giddy…(up)

Unfortunately, the full short is not available but we’ll leave you to enjoy this preview!