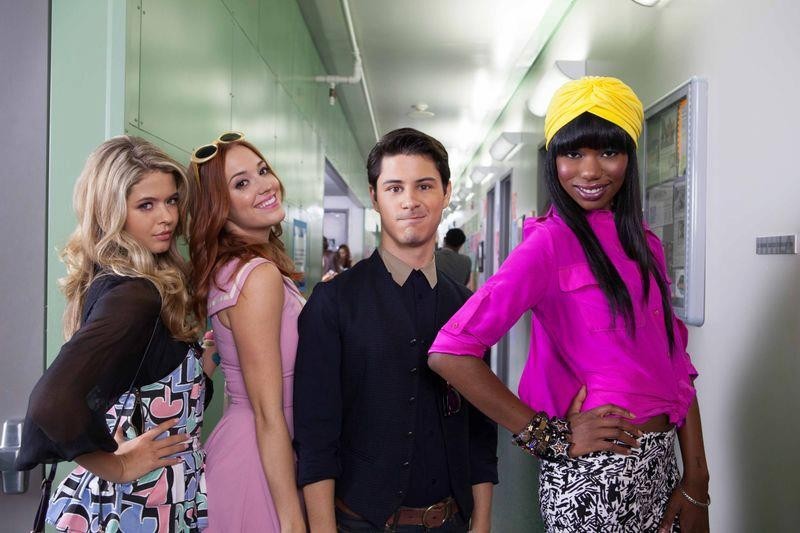 ‘Maybe everyone secretly wants a G.B.F?’

The new movie G.B.F (or Gay Best Friend) stars Michael J. Willett as the closet guy whose social status quickly rises from a nobody into being the number one fashion accessory for that year’s potential prom queens after he’s accidentally outed.

Darren Stein (Jawbreaker) directs this new high school comedy film and has assembled a cast that includes Xosha Roquemore (Precious), Will & Grace‘s Megan Mullally, Natasha Lyonne from Orange Is The New Black, Evanna Lynch of Luna Lovegood (Harry Potter) fame, Sasha Pieterse from Pretty Little Liars and Desperate Housewives‘ Andrea Bowen. There’s a real range of acting backgrounds on show here, presumably a mixture of humour and serious points about discrimination, and several actors who are well loved and may draw us to the film.

So check out the latest trailer at the following link and see what you think. Perhaps let us know whether you’ll be checking this one out, and what draws you to it. We would love to hear from you!