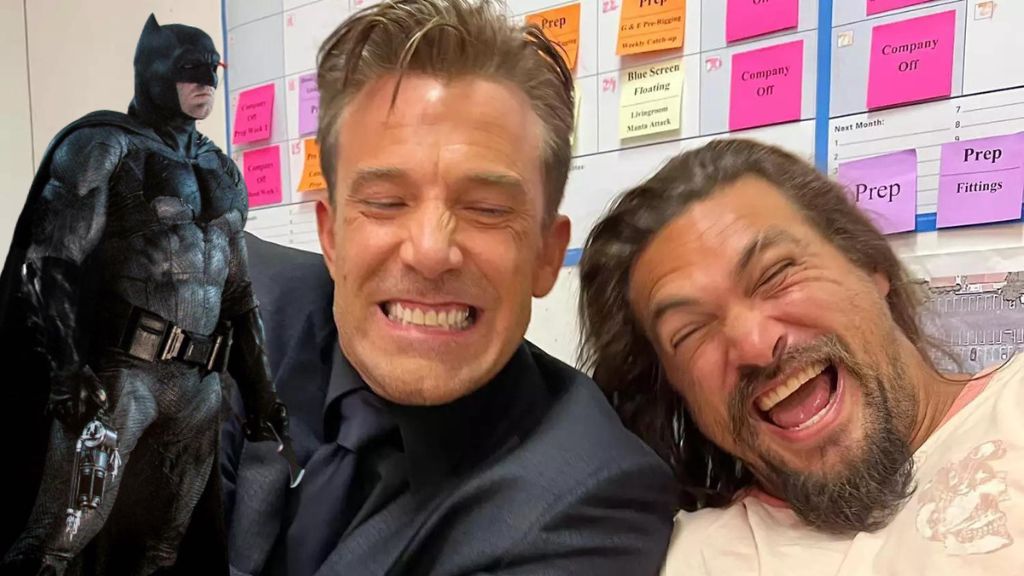 The bat is out of the bag as, according to a post on Jason Momoa’s Instagram, Ben Affleck will be getting Batsuited and booted once again for the Warner Bros/DC sequel Aquaman and the Lost Kingdom.

Momoa posted the following message on Instagram accompanied by a snapshot of him with Affleck: “REUNITED Bruce and Arthur. Love u and miss u Ben WB studio tours just explored the backlot alright. Busted on set all great things coming AQUAMAN 2 all my aloha j”

Affleck’s last turn as The Caped Crusader was in 2017’s Justice League and no specific details have been disclosed as to how juicy a role Affleck will have in the Aquaman sequel, which is slated for a March 17, 2023 release.