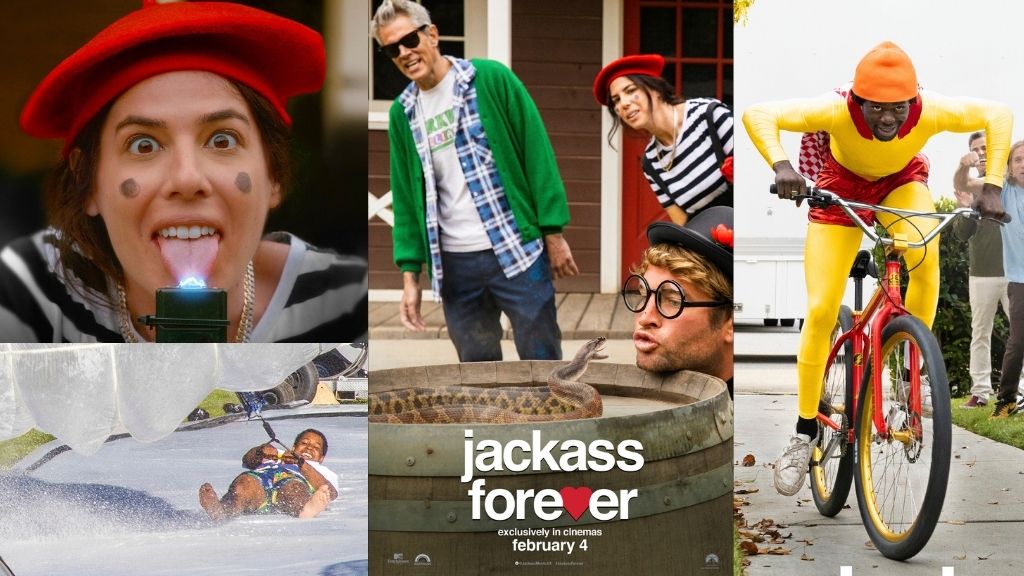 To celebrate the jackass team’s return to the big screen after 12 years (if we don’t include Bad Grandpa), Paramount pictures have unleashed a new jackass forever featurette and cast posters showcasing the fresh faces that’ll be joining the veteran troop of tricksters this time round.

Originally airing for three seasons on MTV between October 1, 2000 and February 3, 2002, the show that caused all manner of controversy over its perceived indecency and encouragement of dangerous behavior is returning to the silver screen for another round of hilarious, wildly absurd, and often dangerous displays of comedy with a little help from the aforementioned exciting new cast.

As is to be expected, under Jeff Tremaine’s direction, Knoxville and the team go way beyond the call of duty, pushing the envelope even further in Jackass Forever.

After being pushed back as a result of COVID, jackass forever will finally see the light of day when it hits cinemas this coming February 4th, and in the meantime, we’ll leave you with the aforementioned new recruits featurette.