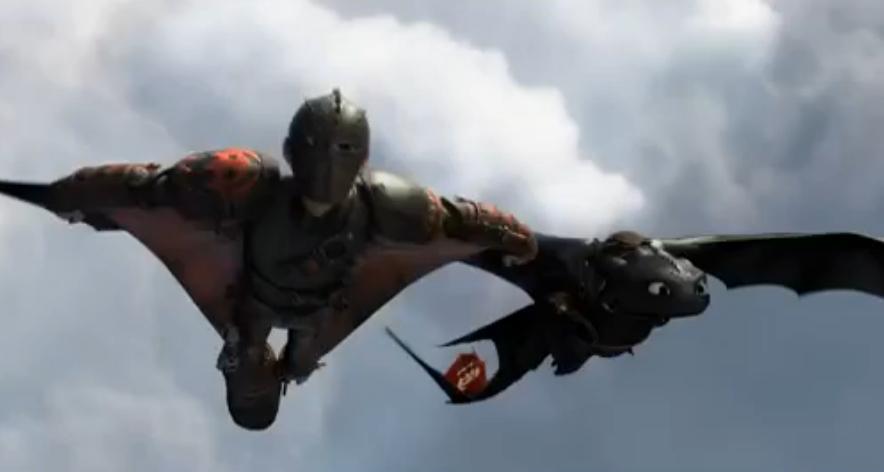 When Jay Baruchel’s Hiccup flew into cinemas in 2010 in the original animated movie How To Train Your Dragon the instant box office returns had DreamWorks rubbing their hands with the franchise material they had unleashed.

Promptly afterwards a Cartoon Network TV series, Dragons: Riders Of Berka, found its way onto the smaller screen, and, whilst failing to fly as hight as the feature film that flew before it, it certainly provided something to chomp on in short fiery breaths until now! Today we can bring you the first trailer for Hiccup and company’s 2nd (of three) big screen adventure, How To Train Your Dragon 2, with Dean DeBlois, co-director of the original, at the helm.

Rather than combining highlights from the film, the first trailer provides a single clip but it confirms fans that the sequel certainly retains that delectable charm that made the first such a hit with kids and adults alike.
How To Train Your Dragon 2 is scheduled for a UK release in 3D, 2D and IMAX 3D on 4 July 2014 featuring the voice acting talents of Jay Baruchel, Gerard Butler, Craig Ferguson, America Ferrera, Jonah Hill, Christopher Mintz-Plasse, T.J. Miller and Kristen Wiig.

As you’ll see from the trailer below,  we’re not quite sure who’s been training who this time round…

In this article:How To Train Your Dragon 2, trailer