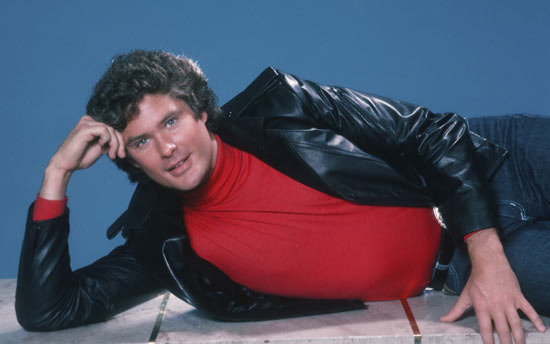 UKTV’s most watched non-PSB channel Dave wants you all to welcome international superstar David Hasselhoff into your living rooms in a new six part semi-improvised comedy series, Hoff the Record.

Commenting on the show Hasselhoff said, “When I made Baywatch I dreamed of one day having my own show on a channel named after me. Hoff The Record is coming soon to the UK, only on Dave. They did name the channel after me, right…?”

Shot in the style of a documentary, Hoff the Record will follow the trials and tribulations of The Hoff, a fictionalised version of Hasselhoff, 30 years after shooting to famedom with the cult hits Knight Rider and Baywatch. After all of five divorces and some misguided career decisions, the series follows The Hoff as he moves to the UK to kick his career back onto track and make sense of his increasingly surreal life. Quite the ambitious project, the show will blurring the lines between real life and improvisational comedy and it will be filmed both in the UK and overseas, with an ensemble cast of new and established comedy talent.

The series is directed by the multi award-winning Misha Manson-Smith and will be blasting Hoff on Dave in 2015 so keep your scanners peeled.

BBC Worldwide, who are both developing and co-funding the series, will retain the global distribution rights for the show.

Executive Producer Krishnendu Majumdar of Me & You Productions stated, “We grew up watching David Hasselhoff on TV so we are thrilled to be working with such a legend and are amazed that he is game to play a jaw dropping version of himself for us.  This is our first series for Dave and it’s great to be on such a supportive broadcaster making an ambitious cutting edge comedy series.”

Steve North, General Manager for Dave, added “It is a slightly surreal series for Dave and has to be seen to be believed, but it promises to be brilliant and to have The Hoff on the channel is a great coup. It cements Dave as the place to be for risk-taking comedies.”

In this article:Dave, David Hasselhoff