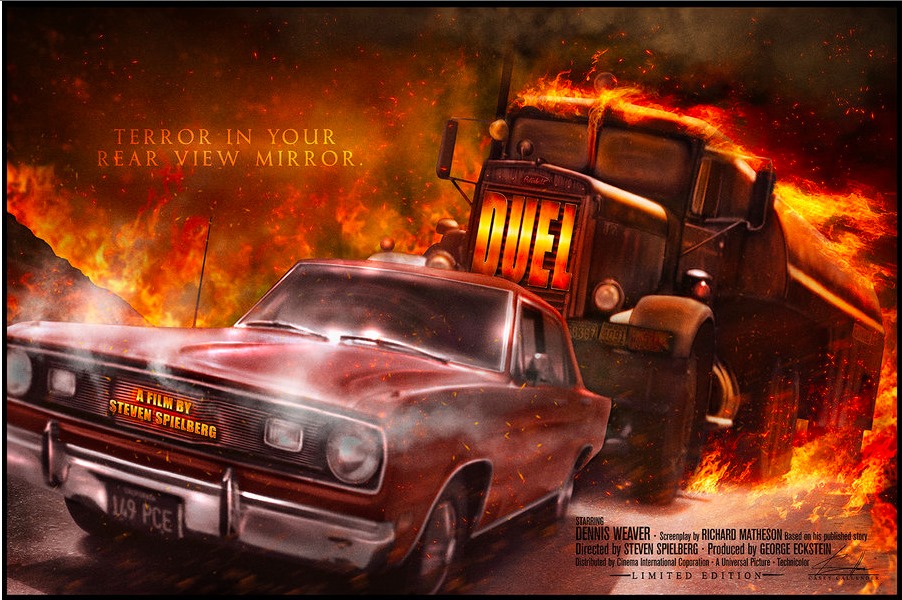 Cinemachords is pleased to let you know that you can now get involved in the feature documentary THE DEVIL ON WHEELS chronicling the making of Duel, Steven Spielberg‘s first success, and the cult that surrounds it. A Kickstarter campaign has now begun and will be up and running for the next 30 days on an all-or-nothing basis.

The project sets out to reach a minimum of £60.000 (82.500€, $92.000) that would make it possible for the film to be shot this summer in the USA. There are a wide variety of perks on offer for backers such as copies of the film, books, new posters, film credits and even a chance to appear in the film.

Throughout the campaign, the team will be unleashing at least three short documentaries about very special Duel fans.

The Devil on Wheels project has the approval of both NBC/Dreamworks and the community of the very loyal fans of Spielberg’s film. Directed by Enric Folch, a multi-award winning TV director in Spain, this feature-length documentary will be shot in the USA with a team of five international Duel lovers travelling the country to explore the whole Duel phenomenon. The team will be interviewing the surviving members of the crew, reconstructing the way the movie was made, and meeting other fans and experts to pick their brains and deliberate the film’s enduring appeal.

The filmmakers have set up a website to provide fans will all the Duel related information they could dream of in one place. There is also an official Facebook page where fans can meet and greet each other. An actual gathering with Duel fans is also planned at one of the locations whilst the film is shooting. Be sure to keep up to date with the documentary over on Twitter, Google, Vimeo and YouTube.

For all information about the crowd funding campaign, be sure to head over to THE DEVIL ON WHEELS’ Kickstarter page.