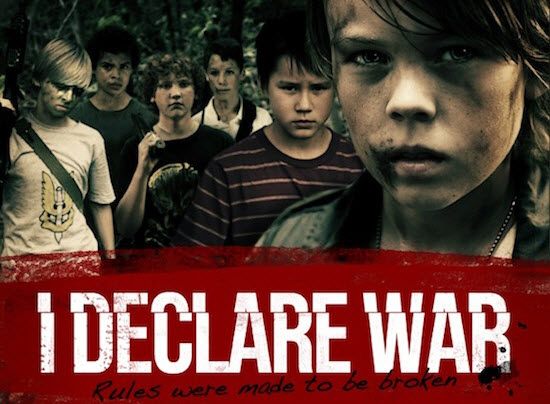 There have been a number of films over the years where children play the protagonists. Some of the most memorable are those which show youngsters working as a group or in teams to reach an end goal with violence at the heart. I DECLARE WAR is a fun, playful film which explores the imaginations of young boys as well as friendships and trust. Whilst they play an innocent game of ‘Capture the Flag’ it soon takes a more serious tone and the quest for victory pushes the boundaries of companionship, giving the would-be warriors a glimpse of the darker side of human nature.

To celebrate the release of I DECLARE WAR, in cinemas Friday 6th June, we take a look at some of the most iconic and memorable child adventure films to date.

I DECLARE WAR will be released in cinemas tomorrow, 6 June 2014. You can read our review here and we’ll leave you with the trailer below:

In this article:I Declare War