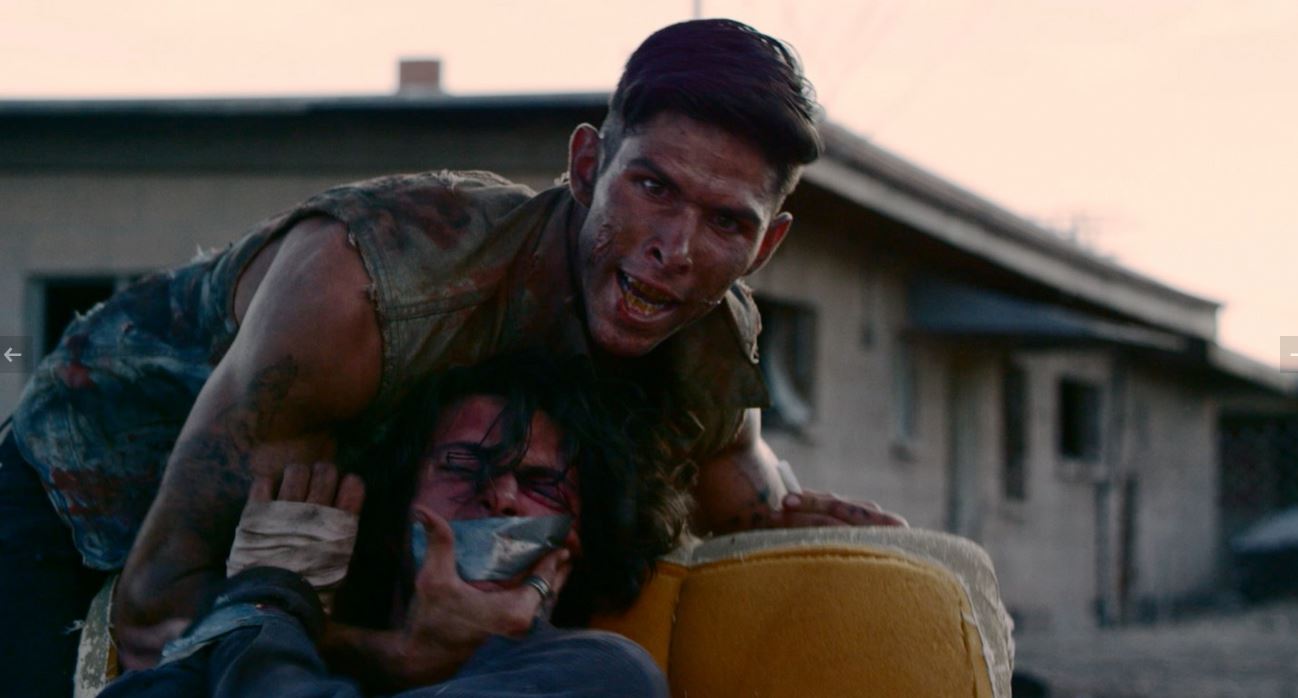 Ahead of the release of his first feature film Drifter, CinemaChords caught up with director Chris von Hoffmann to talk the importance of channeling inner pessimism and anger to create a nihilistic, violent and visually bold piece of cinema.

CinemaChords: You’ve worked in a lot of different roles since you’ve been making films, what’s been your favourite?

Chris von Hoffmann: Directing is definitely the thing I feel like I’m the best at and the one that I enjoy the most.

CC: What experience did you bring over from your work on short films to your first feature Drifter?

CVH: I was very adamant about making as many short films and mistakes as possible, so that I could really understand what I wanted to contribute to movies. I didn’t really know what that was in the beginning. I spent a few years making shorts, so I felt pretty confident in being able to dive into making a feature film.

CC: What sparked your interest in film-making in general?

CVH: I’ve been pretty single-minded about working in film since I was 6 or 7 years old. The first film I saw in the theatre was the Teenage Mutant Ninja Turtles movie and I just loved the magic of it. I don’t know what the specific thing was, but I remember having a camera when I was about 9 and just filming stuff. It was a culmination of a lot of things, but seeing my first movie in the theatres really kicked it off.

CC: What is your first feature film Drifter about?

CVH: It’s about two outlaw brothers in the Californian desert and they’re on the way to hunt down the guy who murdered their father. They take a temporary detour into a small town, because the younger brother needs medical assistance after being beaten pretty badly by a bunch of bandits who try to hijack their car. Once they enter the town they do find medical assistance, but they also find a small family of cannibal savages.

CC: Where did the idea for this story come from?

CVH: It was when I was around 16 that I had the idea for the story and the structure, but it was going to be a town run by a supernatural force instead of cannibals. When I started to develop it a few years later, I changed it to cannibals, because I thought it was a bit more exciting and better for budget. I wanted to make sure that my first movie was a culmination of nostalgia and a deconstruction of different genres and movies that I’ve loved since birth.

CC: What film-makers were your inspiration for such a visually powerful film?

CVH: John Carpenter, Robert Rodriguez and, to a degree, Martin Scorsese. I really love aggressive film-making and I’m a real believer in the power of movies. I wanted to crank things up on all cylinders.

CC: Was this something that grew organically as you started filming or was it your original intention to make something this bold and violent?

CVH: I am quite a pessimistic and angry person, so during filming I really wanted to get this out of my system. I wanted to make a film as nihilistic as possible. I wanted it to be very mean-spirited and to give it a very violent tone. It’s a post-apocalyptic movie, so it’s essentially a cold exercise in violence. I wanted to crank up the cynicism of it to really do it justice.

CC: Despite it being this kind of cold, cynical film it also has an element of comedy that takes that edge off. Was this important?

CVH: Yeah. I did want to balance things out a little bit. I wanted it to have this weird sense of humour that may not connect with a lot of people, but I think it’s funny. I really like twisted humour where you’re not sure whether to laugh at it or not, because it’s uncomfortable. 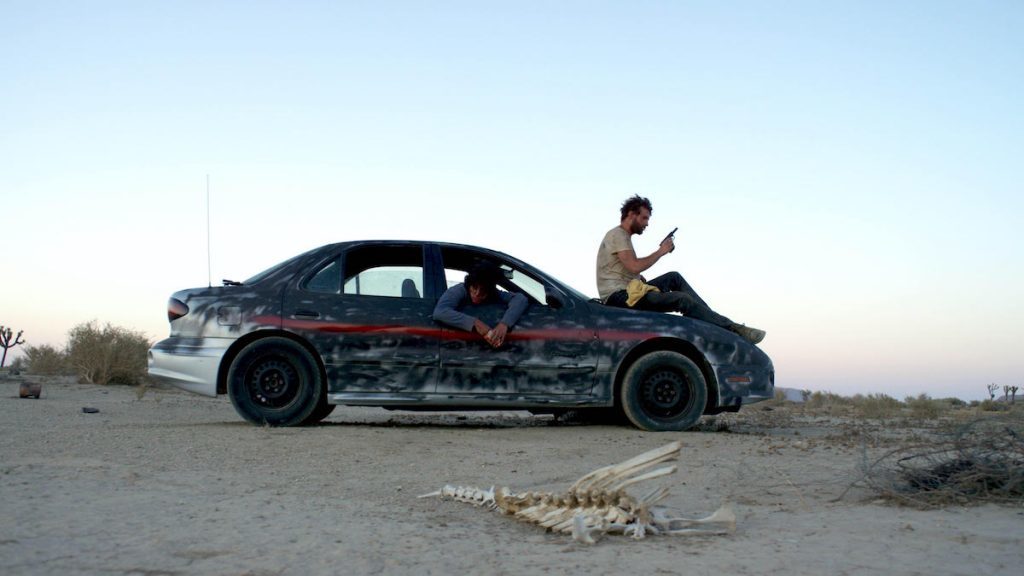 CC: There are a lot of contrasts in Drifter, particularly with the comedy versus the violence/horror and the dark/bright visuals in the film, but the characters are arguably two different types of villains. Why didn’t you choose to focus on the typical idea of straight-cut good vs evil?

CVH: I liked the idea of not being sure who to root for. You’re just going on this deranged ride through this story and that’s the way that I just see things normally. You don’t really need to put a label on things all the time. I wanted the characters to be a bit more ambiguous.

CC: Why was it important to have this story set in a post-apocalyptic environment?

Drifter will be released in cinemas on 24th February and VOD and iTunes on 28th February 2017. Check out the awesome trailer below.

In this article:Chris von Hoffmann, Drifter