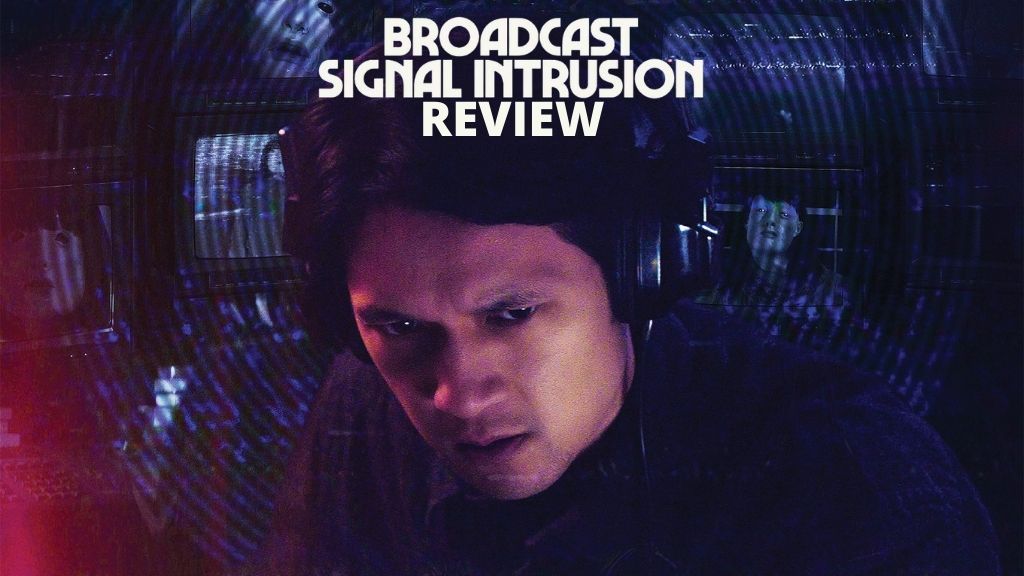 SYNOPSIS: In the late ’90s, a video archivist unearths a series of sinister pirate broadcasts and becomes obsessed with uncovering the dark conspiracy behind them.

Loosely inspired by actual events that made the rounds on the Internet when “intrusion broadcasts” actually occurred in Chicago in 1987, when someone wearing a Max Headroom mask interrupted two shows on the same night, the film follows James (Harry Shum Jr.), a video archivist who finds himself drawn into the unresolved mystery behind a series of surreal and unsettling appearances of a robot in a disturbing mask (known as the Sal-E Sparx incident). On digging deeper, he soon begins to suspect that they have something to do with the recent disappearance of three women, one of them being his wife.

The “intrusion videos” themselves are highly effective at immersing the audience in the film’s sense of dread, with their air of “creepypasta” making it all the more difficult to knock down that psychological wall that lets you remind yourself, “It’s only a movie.”

In the wake of an FBI investigation and with the videotapes impounded by the FCC, James is the only person willing to do whatever it takes to bring the hammer down on the perpetrators, neglecting his day job to focus all his attention on Sal-E Sparx.

The labyrinthine mystery behind the sordid tapes is told in the most efficient way possible, keeping the audience guessing around every turn. The narrative builds a story layered with an abundance of secrets and questions, all designed to lure the film’s average Joe to a truly disturbing confrontation with evil and see what he’s prepared to do once he reaches that point. A chance encounter along the way with Alice (Kelley Mack) brings a welcome supporting character into the proceedings, although it’s a shame that the story doesn’t devote that much time to her involvement, as she steals most of the scenes she appears in.

The ever-thickening plot is also brilliantly driven along by Ben Lovett’s (The Ritual, Synchronicity, The Wolf of Snow Hollow) wildly-diverse-yet-seamlessly-orchestrated score, which turns what could have ended up playing out as too much of a slow-burn for its own good into something far more compelling.

Somewhat disappointingly, though, after 90 minutes of sheer unremitting tension, the film’s conclusion felt disappointingly ambiguous, at least for this writer, rendering much of the film’s earlier intricacies missed opportunities. But, despite stumbling over that final hurdle, for the most part, Gentry delivers a smart, stylish, and enigmatic mystery-filled chiller.

Broadcast Signal Intrusion arrives in UK cinemas from 25th March, and on Digital Download and Blu-ray from 28th March.