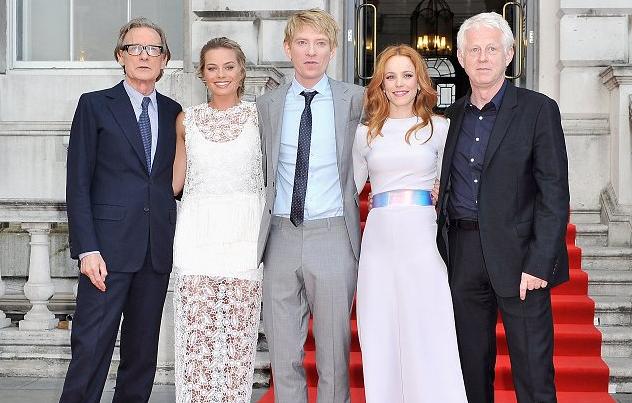 Last night director Richard Curtis was joined by the all-star cast as the About Time premiere launched this year’s Film4 Summer Screen at the Somerset House. The film follows a man who , on reaching 21, is told by his father he has the ability to time travel.

During an interview at the event, Curtis shocked attendess on announcing that, although he intends to keep a foot in the film industry, About Time marks his farewell to the director’s chair. It would appear that the content of his latest offering may have struck very close to home commenting:

“This movie is about seeing whether or not you can spend your time in as delightful a way as possible” … “Three members of my family have died since I last made a movie, I’m very aware of the mix and good and bad in life and I think I’ve done a lot of work on the movies and maybe it’s time that I try and walk in the park a bit.”

Accompanying Curtis were the film’s key players including Domhnall Gleeson who plays Tim, who is told by his father, played by Bill Nighy, that he can travel through time. What better use for time traveling powers than to head off through time in search of a girlfriend?

We’ll leave you with highlights of the premiere together with an interview with Richard Curtis, the first of several talent interviews conducted at last nights premiere which we shall be publishing a little later on today. About Time releases in UK cinemas this September 4.

In this article:About Time, Richard Curtis