Ten Zombie Films To Check Out This Easter

We all know that Easter is the Christian holiday which celebrates the resurrection of Jesus Christ on the third day after his crucifixion as described in the New Testament. So as we move into the Easter weekend what better way is there to celebrate Jesus coming back from the the dead than checking out a good zombie movie as we tuck into our chocolate eggs? So with a cheeky wink and our tongue planted firmly in our cheek, here are ten zombie movies that we recommend checking out this Easter weekend. 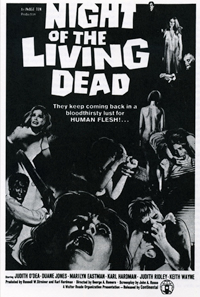 Before the release of George A. Romero’s Night of the Living Dead, zombies were limited to the act of voodoo and were simply walking corpses with dull eyes. In this horror classic, Romero takes the zombie legend one step further and turns them into flesh hungry monsters unleashing them on a a group of survivors holding themselves up in an isolated farm house in Pennsylvania. Atmospheric, terrifying and deeply unnerving this is not only the grandfather of the zombie genre but it has stood the test of time.

Fido is a 2006 zombie comedy directed by Andrew Currie. It stars Carrie-Anne Moss, Tim Blake Nelson and Billy Connolly and is set in a 1950s-esque alternative universe where the dead come back to life and are put to work wearing an electric collar around their necks to keep their hunger at bay. So when a boy strikes up a friendship with the lovable zombie Fido hilarity and plenty of accidental violence ensues. Serving as a side-splitting satire of the zombie sub-genre, Fido was a straight-to-dvd release here in the UK but don’t let that put you off because this is a heartwarming zombie movie. 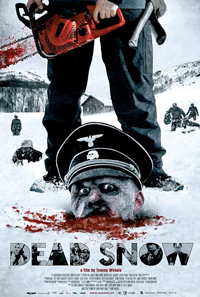 Dead Snow is a Norweigan zombie film directed by Tommy Wirkola. Following a group of medical students in search of a good time during their Easter vacation find themselves fighting off Nazi zombies in the mountains of Norway. Starring Charlotte Frogner, Stig Frode Heriksen and Jenny Skavlan, Dead Snow is a laugh riot and comes with plenty of inventive kills. So if you like your zombie film with equal parts comedy and horror you are guaranteed to love this.

Directed by Christian James, Stalled is our first British zombie movies to grace our list. Set on Christmas Eve, the film follows lonely maintenance worker W.C. who takes a moment in the ladies toilet during an office party to find himself trapped by a horde of hungry zombies. One part Shaun of the Dead, One part Phonebooth, Stalled is a quirky zombie movie and will guarantee to have you crying with laughter. 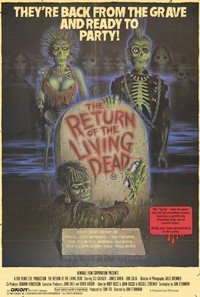 Directed and written by Dan O’Brannon, Return of the Living Dead popularised the notion of zombies eating brains. A very entertaining black comedy, this movie stars Clu Gulager, James Karen and Don Calfa. Telling the story of The film tells the story of three men and a group of teenagers as they deal with the accidental release of a chemical agent that turns the dead into a the walking dead. Complete with an outstanding soundtrack from popular bands of the time Return of the Living Dead has since become a cult classic.

Directed by Ruben Fleischer, Zombieland is written by Rhett Reese and Paul Wernick. Starring Jesse Eisenberg, Woody Harrelson, Emma Stone and Abigail Breslin as four survivors of the zombie apocalypse. In a desperate search for sanctuary the four team up to survive the undead. Following in the footsteps of Scream, Zombieland is a self-referencing film packed with plenty of humour and actual scares. Just keep an eye out for Bill Murray’s outstanding cameo.

Our second British zombie film in our list is Director Matthias Hoene’s hilarious Cockneys vs Zombies. After a 17th century tomb is unearthed in a construction site in the East End of London, two construction workers are bitten which starts a zombie breakout in the area. So with chaos everywhere its down to a bunch of London Cockneys to take down the undead and save the day. Starring Harry Treadaway, Rasmus Hardiker, Michelle Ryan, Alan Ford and Honor Blackman we cannot recommend this movie enough. 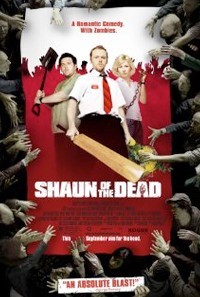 Another solid British zombie comedy, Shaun of the Dead stars Simon Pegg, NIck Frost, Kate Ashfield, Lucy Davis, Dylan Moran and Bill Nighy. Shaun of the Dead is the first installment of the now famous Cornetto trilogy and tells the story of Shaun, a man with very little focus on his future, as he has to put up with his girlfriend, his parents and the zombie apocalypse. Packed tightly with high quality movie references, terrific performances and Edgar Wright’s well known kinetic directing style, it’s hard to find anyone who has not seen this movie.

Considering the fact that their childhood home was turned into the effects studio for The Evil Dead it comes as no surprise that Brett and Drew Pierce aka The Pierce brothers would someday deliver a truly special zombie movie. But surprisingly enough this is a zombie film that is so endearing and heartfelt that it will leave you smiling by the end. Telling the story of Brent and Mike, two coherent zombies who awake during a zombie attack, decide to take a road trip to find one’s lost love. As they begin their cross country adventure trying to hide the fact they’re both zombies, they are pursued by two agents of a ruthless company with its own agenda. 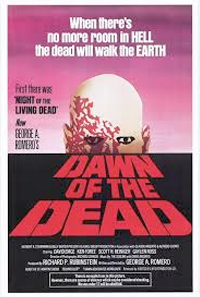 Bringing our list to a close is George A Romero’s Dawn of the Dead. In the sequel to his 1969 film Night of the Living Dead, Romero tells the story of a group of zombie apocalypse survivors who have barricaded themselves inside a shopping mall.

Starring David Emge, Ken Foree, Scott Reiniger and Gaylen Ross, Dawn is not only a spectacular zombie film but it also features the amazing special effects work of Tom Savini. We absolutely love this movie as we do as the 2004 remake, but considering the raw power behind this film, we couldn’t have a list of zombie films without it.

So there you have it. Ten awesome zombie films that come highly recommended.

However, if you are still hungry there is no need to chew your arm off just yet as here are a few honourable mentions that are also worth checking out.

REC combines zombies with found footage. Telling the story from the perspective of a camera man working with a reporter who are spending the night with a group of firemen to observe what they get up to when night falls. The night starts off slow until a routine call comes in and she is invited along. At the location, an old women is found badly hurt, soon things begin to spiral out of control when one-by-one the residents turn into blood thirsty zombies. Superbly co-written and directed by Jaume Balagueró and Paco Plaza, REC is simply terrifying and a must for horror fans.

Director Kerry Prior dellivers a sophisticated horror comedy with The Revenant. Starring David Anders and Chris Wylde, The Revenant follows Bart, a soldier killed in Iraq who climbs out of his grave to seek his best friend. At dawn Bart’s body falls to the floor, only to reawaken the following dusk. After much consideration, they decide that he is a revenant: an articulate zombie that needs to drink blood to arrest the decomposition of his body. So in an effective way to get a fresh source of blood, the pair team up as a pair of vigilantes to feed on the criminals of LA’s nightlife.

[HORROR AND SCI-FI EDITOR] Jon Dickinson graduated from Sheffield Hallam University in 2006 with a Bachelor of the Arts degree in Communication Studies with an emphasis on PR and Multimedia. Since graduating he has contributed to several publications and regularly attends some of the biggest film festivals in the UK including Film4 Frightfest.
You might also like
Features