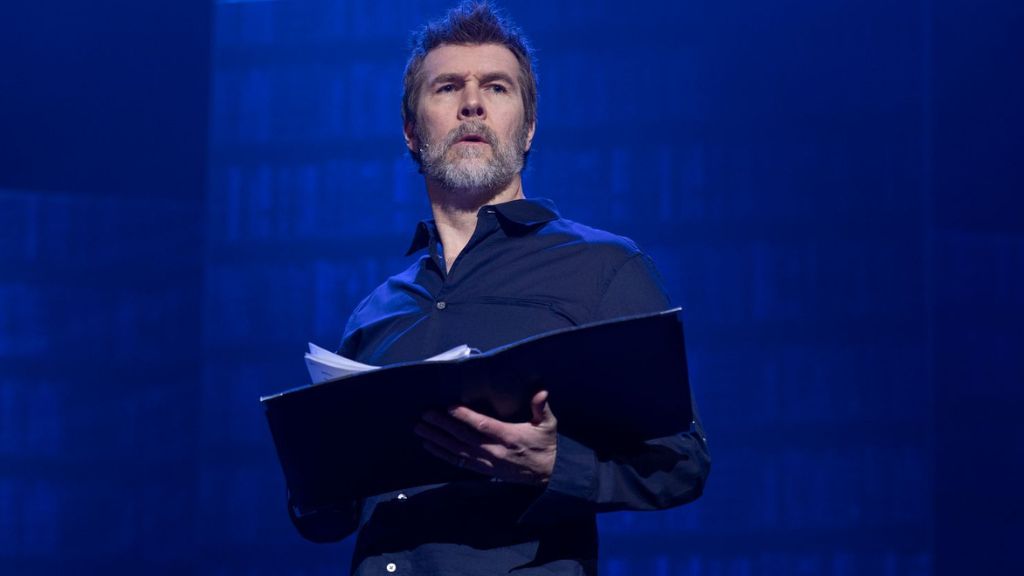 ‘The Book of John,’ the latest darkly-hilarious, sold-out show from one of the UK’s leading stand-up comedy talents, Welsh sensation Rhod Gilbert is all set to release on digital and DVD next week.

Filmed live from the Wales Millennium Centre in Cardiff, ‘The Book of John’ is a raw, intimate and brutally honest show which sees Rhod take viewers on a no-nonsense journey into finding the humour in the darkest of places. And just when you think things can’t get any worse, you meet a bloke… a bloke called John.

Following a health scare that stopped him driving for a year, Rhod decided to hire a professional driver; it was a decision that would change Rhod’s life forever, and not in a good way. That driver was the unique, the infuriating, and the now infamous, John. ‘Thick as two short planks and twice as argumentative, John inspires Rhod to write down the rubbish he comes out with and return to touring to share it with the world.

Commenting on his latest stand-up show, Gilbert said, “The ‘Book of John’ is my most personal show to date – arguably too personal at times – and I’ve had a ball performing it up and down the country; but now it’s time to share it with a wider audience. So, for those of you who couldn’t make it to the live shows, and those who’d like to watch it again from the comfort of a favourite sofa, now’s your chance. It’s a show about an odd couple….me, and a bloke called John, who drove me around for a bit and drove me insane a lot. Enjoy!”

Rhod Gilbert ‘The Book of John’ will release digitally and on DVD this coming 14th November.

Rhod also works closely with The Stroke Association and Alzheimer’s Society and, given his own experiences and the subject matter in ‘The Book of John’, funds have been raised for both these charities on tour. Just-giving pages are set up in Rhod’s name for those who would like to donate to these charitable causes.