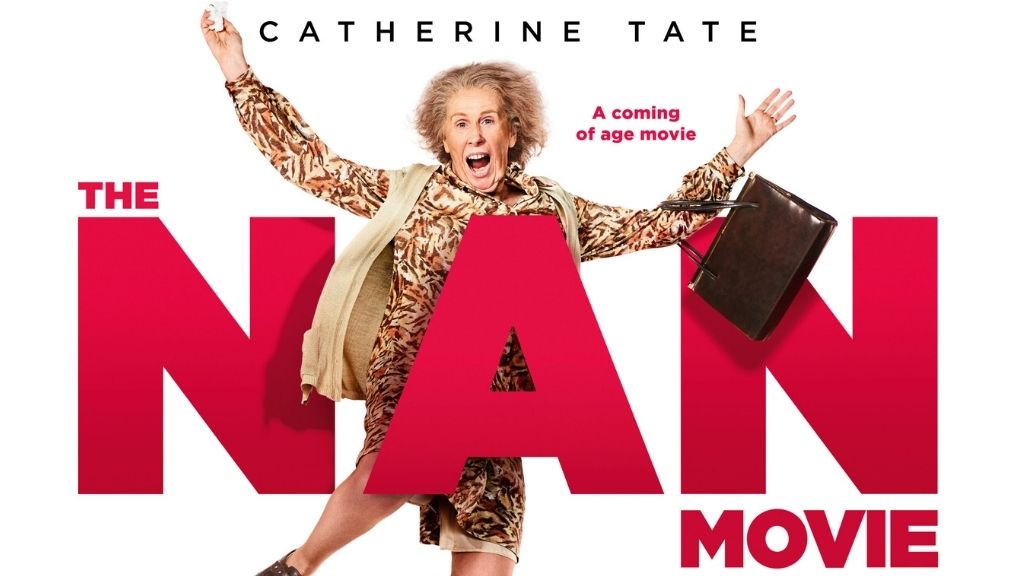 Catherine Tate‘s iconic cantankerous cockney grandmother Joannie “Nan” Taylor is about to get her own origin story in Warner Bros. Pictures’ THE NAN MOVIE which releases nationwide this coming March 18th.

From a script co-written by Tate and “Ted Lasso” writer/star Brett Goldstein and starring Tate, Mathew Horne (reprising his role as her grandson Jamie from the original sketches), Katherine Parkinson (Paul Dood’s Deadly Lunch Break, “Humans”), Parker Sawyers (“P-Valley,” “A Discovery of Witches”), Tom Vaughan-Lawlor (The Avengers franchise), Jack Doolan (“The Boys”), and Niky Wardley (“Home from Home”), The Nan Movie will take audiences on a riotous road trip as Nan and Jamie head off from London to Ireland in the hopes of making amends with the Nan’s estranged sister, Nell (Parkinson). Inevitably, everything backfires as the duo’s day gets spiced up with all manner of impromptu encounters with militant vegan arsonists, raucous rugby teams, late-night raves, crazed cops on motorcycles and Gawd only knows what else, all sparked by Nan’s trademark rude retorts.

Prepare yourself for an origin-meets-a-coming-of-r(age) story like no other that mixes Nan’s present with her past to finally reveal what’s made her the cantankerous old b*****d she is today.

The Nan Movie releases across the nation exclusively in cinemas this 18th March 2022 through Warner Bros. Pictures, and until then, we leave you with the official trailer for the movie, which we hope doesn’t provoke a bilious attack.