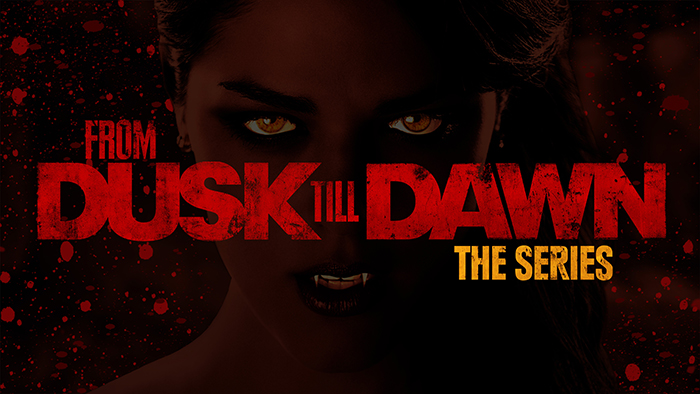 Hot on the heels of popular horror television series such as American Horror Story, True Blood and the Walking Dead, Robert Rodriguez’s From Dusk Till Dawn finds itself getting the TV treatment, with a series currently in production.

Like the film, the ten-episode serialised supernatural crime saga will be centred around bank robber, Seth Gecko and his unpredictable brother Richard as they are en route to Mexico. After taking the former minister Jacob Fuller and his family hostage so they can use their family RV to make a run for the Mexican border, they take a pitstop at a strip club unaware that it is populated by vampires. Forced into a battle for their lives the brothers and the Fuller family team up to survive on-coming attacks until dawn forcing them into a battle for their lives that will last until dawn. The series will not only echo the tone of the film but the series will add new characters and backstories to the fold and it is said that it will expand the Mesoamerican mythology behind the vampires.

One part getaway movie, one part horror movie, From Dusk Till Dawn is a spectacular movie. So whilst we wait for further information about the upcoming series we have picked five things that made the first movie so awesome:

At the time From Dusk Till Dawn was released, George Clooney was most known for his work as Dr. Doug Ross so it was strange for audiences to see him go from someone who saved people at the ER to playing Seth Gecko who sends people to the ER. It was because of this irony that he was picked by Quentin Tarantino for the role.

Quentin Tarantino’s performance as Richie Gecko is solid and holds his own against the others in the movie. He pulls off an astonishing performance as the younger psychotic brother of George Clooney and flawlessly delivers his lines.

Tom Savini’s appearance as Sex Machine is superb. A man of many talents and hailed as a God for his SFX work, Savini plays his character with cool confidence but combined with his ‘special’ lap gun that just screams Rodriguez, there’s no denying how awesome this character is.

Salma Hayek played Santanico Pandemonium in the film and performs one hell of a lapdance. This was done without the aid of a choreographer and was the result of Director Robert Rodriguez telling Hayek to just feel the music and dance to it.

The SFX work provided by Greg Nicotero (Evil Dead 2, “The Walking Dead”) and his team are, although somewhat outdated compared to today’s standards, absolutely enjoyable. The vampires and the over-the-top deaths would be nothing without them and play a large part in the success of the film as a whole.

So there you have our list of five things that we feel made the first film so enjoyable an. So whilst we wait for more information about the upcoming series why not check out the trailer for the film below: