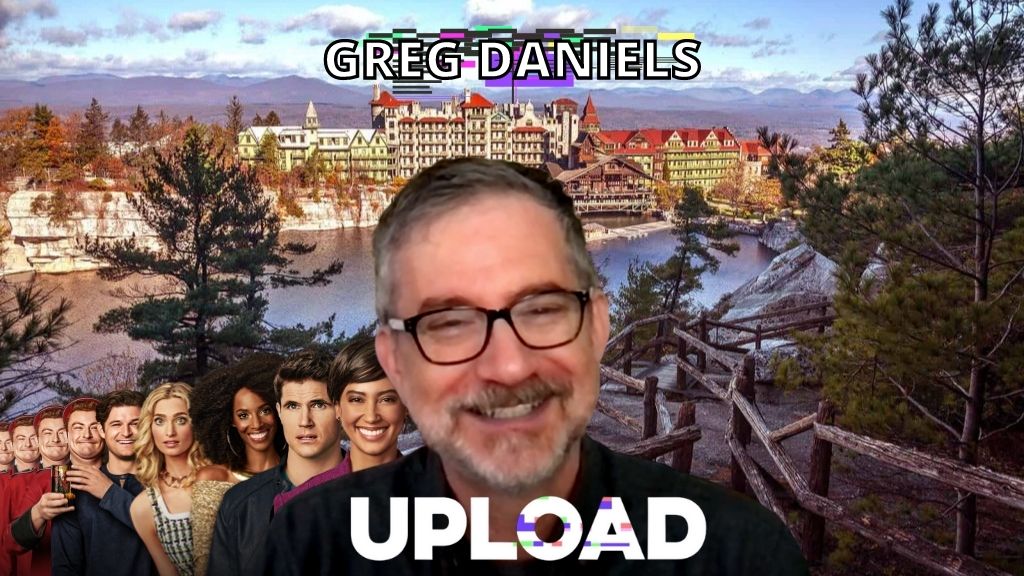 Digital Heaven is about to get even more heavenly as Horizen has numerous upgrades in store for Lakeview in season two of “Upload” which premieres this Friday, March 11th on Prime Video.

Devised by Greg Daniels (who came up with the original idea while brainstorming ideas for SNL skits some 30 years ago), the second season of the hit sci-fi satire welcomes back series regulars Robbie Amell (Nathan), Andy Allo (Nora), Kevin Bigley (Luke), Allegra Edwards (Ingrid), Zainab Johnson (Aleesha), and Owen Daniels (A.I. Guy). On returning to Lakeview, Nathan faces the ultimate dilemma as ex-girlfriend Ingrid had just uploaded herself into the system at the end of the first season in hopes of ironing out the bugs in their glitchy relationship, regardless of the fact that Nathan confessed to having feelings for his customer service angel, Nora. Following in the visionary vein of season one, the seven new episodes will astonish audiences with a whole new range of sardonic technological innovations and the quandaries that come with them.

In anticipation of “Upload” returning for a second season this Friday, only on Prime Video, CinemaChords’ Howard Gorman shouted “Tech support” and was pleasantly surprised to be greeted by the show’s creator, Greg Daniels who revealed what tech from the show he would love to be able to take home with him and how he approached upping the A.I. ante to hardwire viewers into the ever-thickening plot.

And, before we log off, don’t forget to mark your calendars as you are all invited to a party at Lakeview this Friday. You can watch the first episode of season 2 along with the cast during an official Twitter watch party.