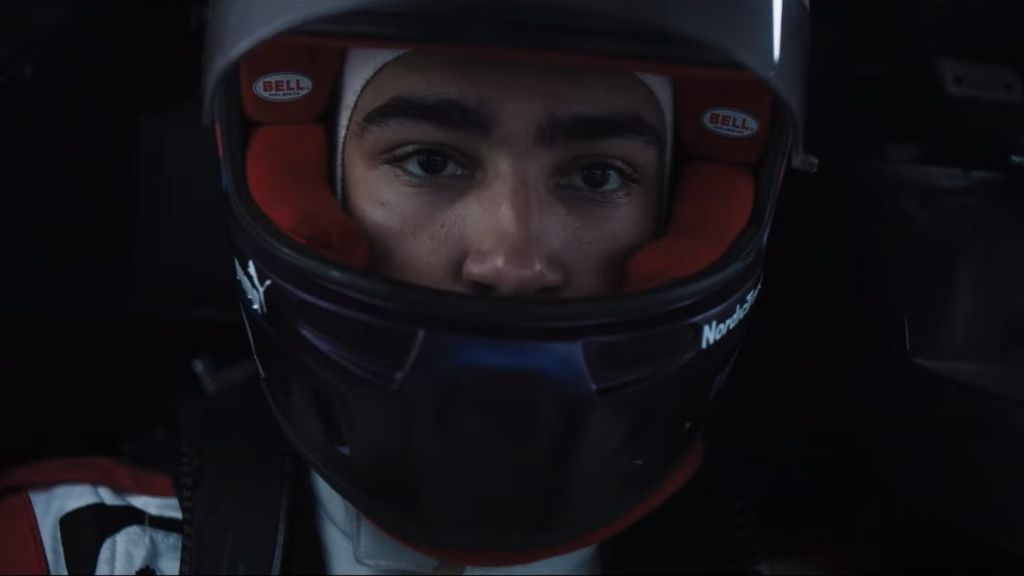 Directed by Blomkamp, based upon the screenplay by ​​Jason Hall (American Sniper, Thank You for Your Service) and Zach Baylin (Creed III, King Richard), and starring David Harbour (Violent Night, “Stranger Things”), Orlando Bloom (The Pirates of the Caribbean and Lord of the Rings franchises), Archie Madekwe (Midsommar, Voyagers), Darren Barnet (Roadhouse, “Never Have I Ever”), Geri Halliwell Horner (Crank: High Voltage, “Rainbow Woman”) and Djimon Hounsou (Blood Diamond, Constantine), Gran Turismo is based on the true story of Jann Mardenborough, chronicling the tale of a teenage Gran Turismo player whose gaming skills won a series of Nissan competitions to become an actual professional racecar driver.

Mardenborough’s story is the ultimate wish fulfillment tale. In 2011 he became the third (and youngest) winner of the GT Academy competition, beating a grand total of 90,000 entrants. As a result, he was rewarded with a drive for Nissan at the Dubai 24 Hour race. Following this, he competed in the F3 European Championship and the GP3 Series, winning a race in Hockenheim. He also competed in the 24 Hours of Le Mans, finishing third in the LMP2 class on his debut in 2013. He competed for Nissan Motorsports in the 2015 FIA World Endurance Championship, but the team withdrew from the series after one race due to a very uncompetitive car. Since then, he has competed in Japan in the Super GT and Super Formula championships. In 2016, he won a race and was in championship contention in the GT300 class of Super GT. He went on to join the GT500 class in 2017, where he scored a podium.

Gran Turismo will release only in cinemas on 11 August, 2023 and to get the motor running, we’ll leave you with the aforementioned sneak peak footage.