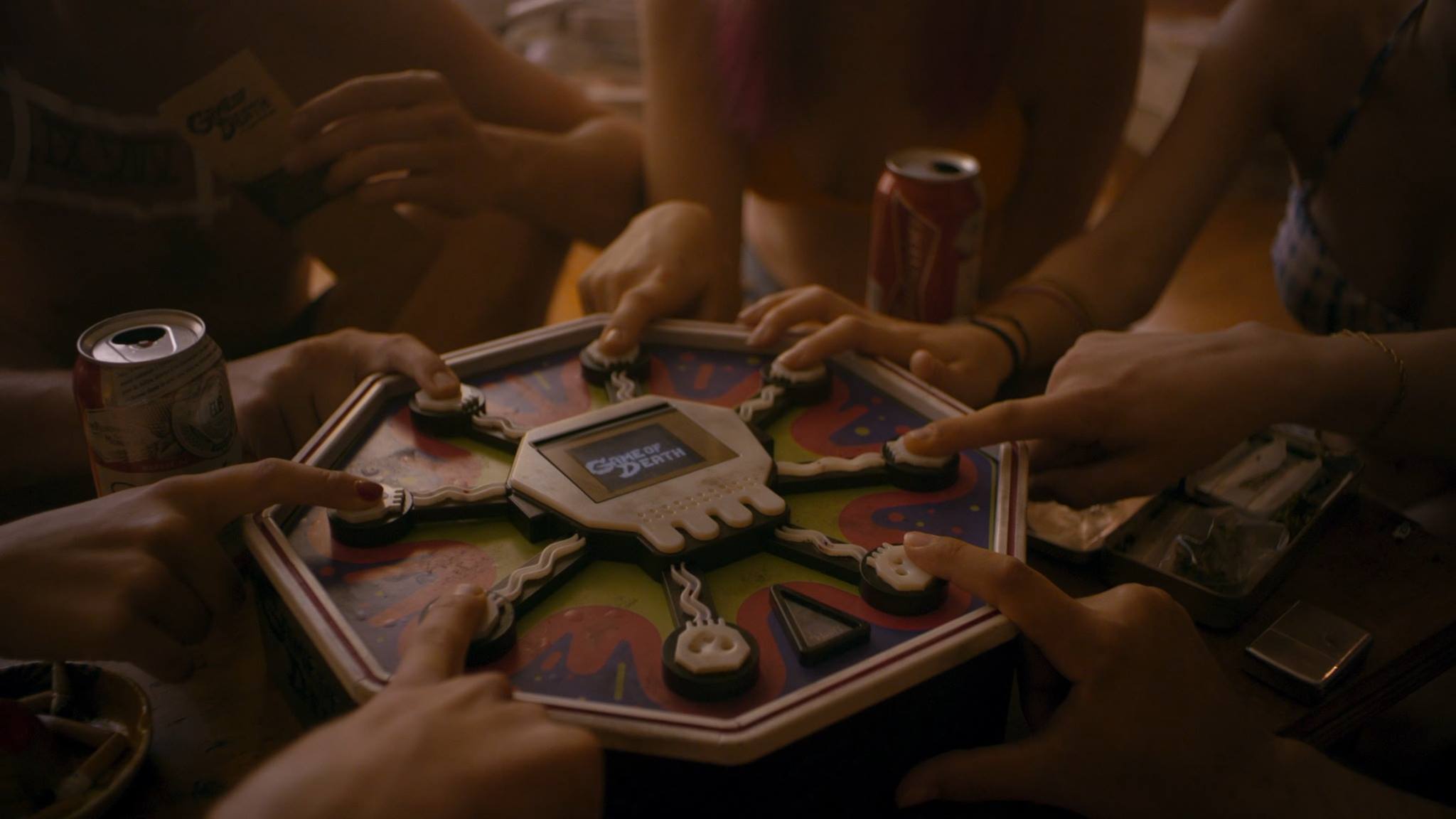 Seven teenagers find a seemingly ordinary day of coasting through adolescence changed by the discovery of a board game, the eponymous Game of Death. The rules are simple…kill or be killed. When this rule is ignored, the grizzly reality behind the game is revealed, and with their own lives on the line, will they play along and kill to survive?

Simply put, Game of Death plays like a blend of Jumanji meets Battle Royale, with a dash of Spring Breakers thrown into the twisted cocktail for good measure. If this sounds like the most horrifically messy yet unquestionably awesome combination since Cronenberg’s Brundlefly (Come on Jeff, always check the pod…That’s like science 101), then you’d be particularly astute in a number of ways.

Visually, the film’s full of youthful energy and, most abundant of all, a level of gore that harkens back to the blood-soaked hysterical carnage of classic Raimi and Jackson. Directors Sebastian Landry and Laurence Baz Morais embrace the spectacle of splatter to the fullest, slavering the screen with blood and guts, as heads burst open and viscera flies through the air with such playful enthusiasm; it’s truly a gorehound’s dream in its reckless abandon and sheer detail to crafting images as cartoonishly grotesque as possible. The commitment to detail extends to the very design of the game itself; the game of death is an utterly iconic item, filled with personality and a kitsch sense of cool that reflects the film’s keen eye for distinctive, colourful iconography, as colour tones of yellow, blue and red abound in lighting and set design textures.

The sheer visceral nature of the gore effects compliment the pacing of the film exceptionally, creating a drive of momentum that is both gripping and gratifying, keeping the audience committed to the carnage on screen. For me personally, the highlights of the film occur when the relentless threat of the game’s ticking clock pushes the characters in frenzied standoffs that isolate the fractured nature of the group, and contrast the lack of agency the characters embody during the opening that almost condemns and celebrates the vacuous attitude of these teens, in a world almost entirely without gravity. There is a playfulness to this that marks it as leaning towards a cultural parody, and away from self-seriousness that both helps the film and hinders it.

Unfortunately, every time the film willingly opens up space for a deeper discourse into the nature of violence, youth culture and even societal constants upon youth through dialogue or visual motif, the film never allows any true engagement, swerving back into the cartoonish mania rendering some of the more obvious references and addresses towards these concerns feeling somewhat hollow. In the scope of the film however, the lean towards this light cartoonish drive is absolutely the right angle to take on the material as it creates a more engaging audience experience, not unlike that aspect of Oliver Stone’s Natural Born Killers. Yet, where the schizophrenia of zany tonal shifts both leavened and further malformed that film further into the abstract, Game of Death’s lack of jarring tonal precision only serves to distract from the slick nature of its core concept and exploitation aspirations.

Perhaps the direct assault on the markers of exploitation is so acute as to be an attempt at satire, yet in relation to the overall identity of the film, this seems like a stretch. The combination of painfully aware bad taste and excessive stylisation really derail the purity in the relentless ride of the film at times, in particular one sudden switch into animated montage, bringing together multiple visual styles associated with video game design to depict the content of a particular slaughter sequence and reinforce the aforementioned problematic relationship between brother and sister represented in the film. The level of tackiness and inflated ego that courses through this one sequence undermines any potential ideas referencing the establishment’s warped perspective towards video games, violence and fragility of youth, and rather comes across as impotent stylisation, serving no purpose other than to distastefully isolate the viewer from the reality of the crimes on screen. Detachment here no longer feels like a method of comment … it feels entirely like misplaced grandstanding. Game of Death frustrates precisely because of the strength of its purest elements, which become encumbered by a push into a seemingly unnecessary wade into the murky depths of bad taste without maybe the touch of camp or knowing humour to balance it, a la Death Race 2000.

In this article:Game of Death, horror, SXSW 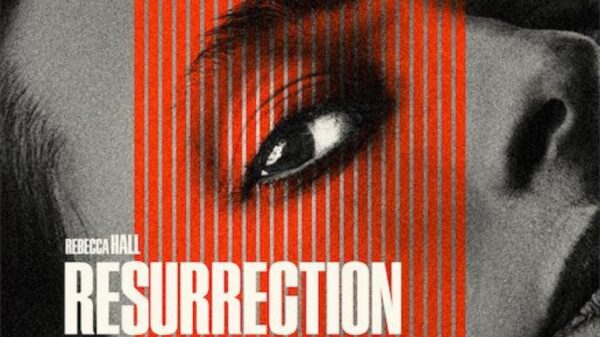 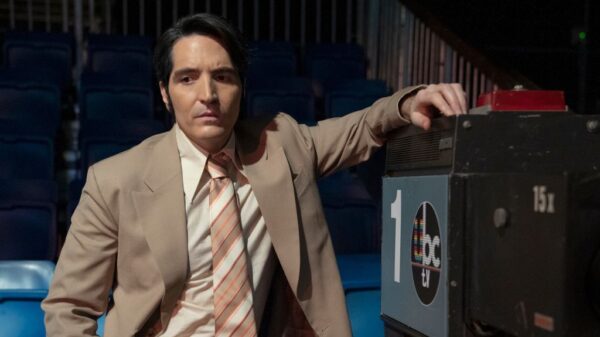 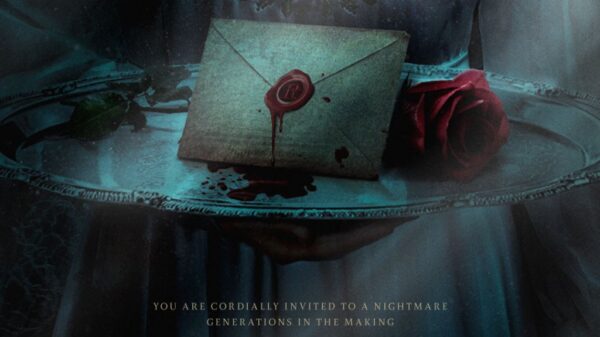