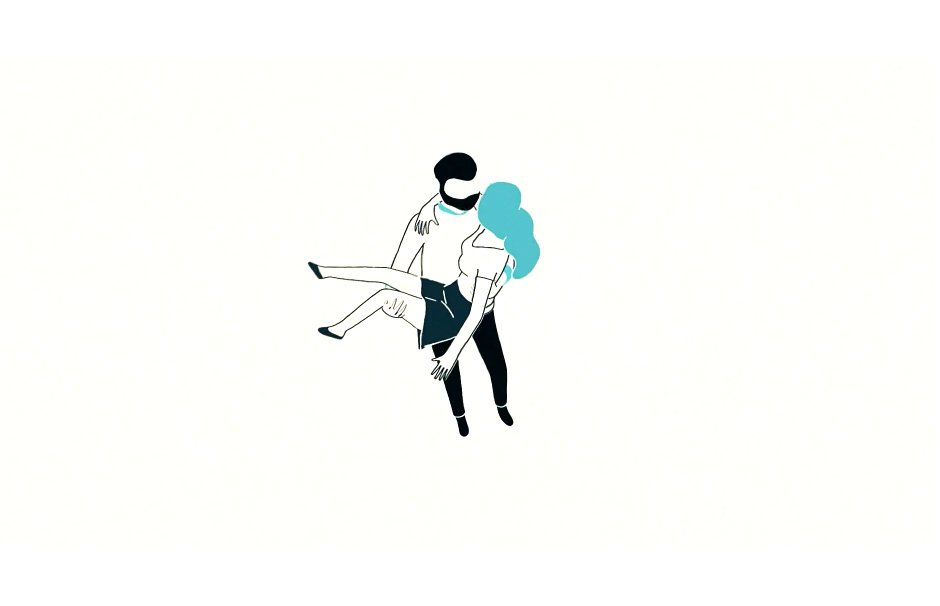 Trying to flit a larger and more endearing story into the space of two minutes is one of most difficulty. After all, there is a lot of exposition to cover and 120 seconds may not be the right running time. However, inspired by a series  in the New York Times called Modern Love, animator Freddy Arenas adapts columnist Tim McEwon’s story of the same name. Modern Love is mini documentary, with abstract yet earnest animation, centres on the 22 year age gap between Tim and his fiancé Sarah. Though for a large part of the relationship it was a musing rather than a contention point, when Tim suffers a heartache, the poignant breach in years must be addressed.

Narrated by Tim, this pleasantly evoking short film that Arenas uses to strip back to the symbolic core with his enchanting animation. Drenched in simple colours, Arenas tackles the relationship with abstract imagery that matches, oddly enough, the pivotal moments of Tim’s stories. Rather than telling it literally through the shapes and figures, Arenas adds another level of uniqueness by giving the film a fresh beat to it in with its blues and whites.

The true heart of the story is McEwon’s tale. Though plainly riffing off his tale, the pulsating love that is rocked and solidified by a terrible moment is emotional and endearing. It allows you to explore the moment where trivialities and scrutinises of love become a large figurehead. Sweet and heart-warming, it takes away from unimportant problems such as age difference and allows you to focus on the relationship at hand. Sublime animation.