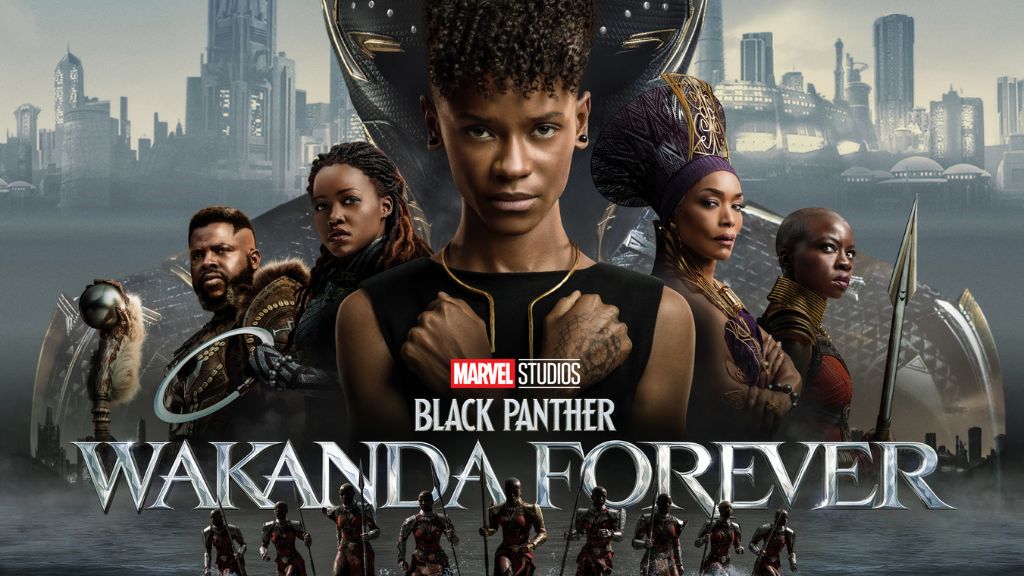 Directed by Ryan Coogler (Black Panther, Creed), from a screenplay he co-wrote with Joe Robert Cole (Black Panther, All Day and a Night), and produced by Kevin Feige and Nate Moore, Black Panther: Wakanda Forever transports audiences back to the kingdom of Wakanda to join Queen Ramonda (Angela Bassett – Strange Days, “American Horror Story”), Shuri (Letitia Wright – Small Axe, “Black Mirror”), M’Baku (Winston Duke – Nine Days, Avenger: Endgame), Okoye (Danai Gurira – Avengers: Endgame, “The Walking Dead”) and the Dora Milaje (including Florence Kasumba – Captain America: Civil War, “The Falcon and the Winter Soldier”) in their fight to protect their nation from intervening world powers in the wake of King T’Challa’s death. As the Wakandans strive to embrace their next chapter, the heroes must band together with the help of War Dog Nakia (Lupita Nyong’o – 12 Years a Slave, Us) and Everett Ross (Martin Freeman – The Hobbit, “The Office”) and forge a new path for the kingdom of Wakanda.

Black Panther: Wakanda Forever opens in cinemas on November 11, 2022 and tickets are now on sale wherever tickets are sold whilst fans, communities and organisations can also organise group bookings and cinema buy-outs here.