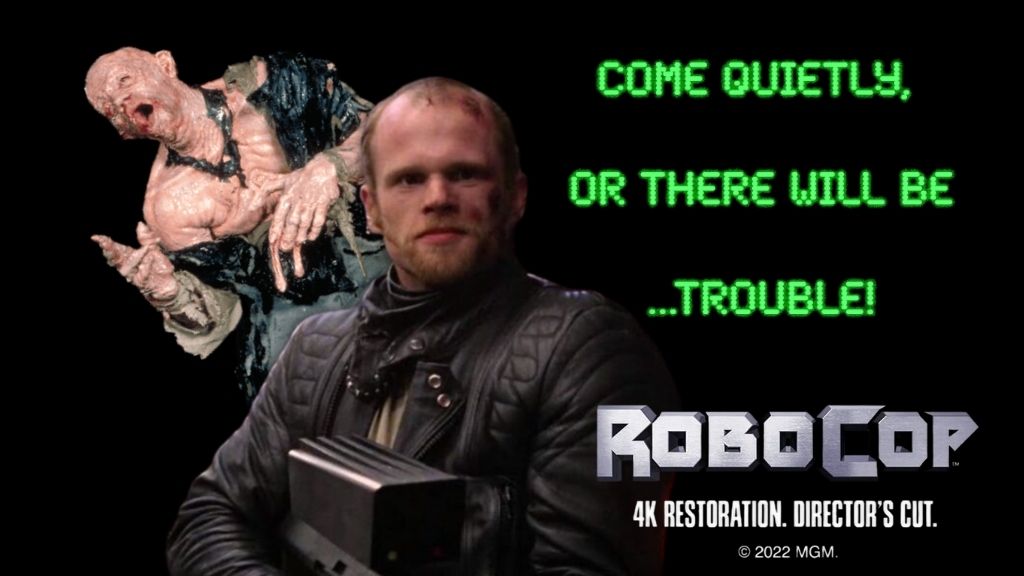 Ready to serve and protect like never before, the future of law enforcement blasted his way back into cinemas this week in a definitive, Paul Verhoeven-approved 4K restoration of the Director’s Cut. Who wouldn’t buy that for a dollar?

After all of 35 years, the cult phenomenon is back on the big screen at over 100 cinemas across the UK and Ireland including Vue, Odeon, Picturehouse and independent cinemas nationwide. It will also be played across Alamo Drafthouse theaters and selected independent sites in the US with select cinemas also screening this reissue of the film in France, Austria and Australia.

RoboCop was directed by Verhoeven, from a script written by Edward Neumeier and Michael Miner with Neumeier originally conceiving the story whilst working on the set of Blade Runner. The film was a runaway success in every sense of the word, nominated for two Academy Awards® in 1988 and took home the Special Achievement Award for Sound Effects in Editing as well as receiving nominations for two BAFTA Awards for Best Make-up Artist and Best Special Effects.

Verhoeven’s era-defining sci-fi satire on the politics of corruption centres on (Peter Weller) who gets blown away by ruthless criminals before innovative doctors piece him back together to create an unstoppable crime-fighting cyborg called “Robocop.” Equipped with high-tech weaponry, Robocop quickly cleans up the crime-ridden streets of Detroit. But despite his new, hardened exterior, Robocop relives vivid nightmares of his own death at the hands of vicious killers. Now he seeks more than justice…he seeks revenge!

To celebrate Robo’s return to the big screen, Ashley Northey and Howard Gorman sat down with Paul McCrane (Emil Antonowsky – Fame, The Blob (1988), “24”) to reminisce about the much-loved film as he reflected on why the film remains so timely and cherished to this day, what he thinks of the Emil action figure, and how working on RoboCop is one of the fondest memories of his career.

You have 20 seconds to comply!