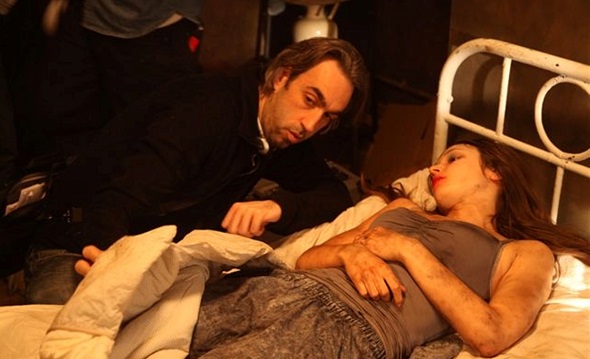 After 20 years in the film business working in special effects on films such as The Descent, Blitz, Attack The Block and Centurion, Paul Hyett made the jump to direct his debut feature film, the chilling thriller The Seasoning House. With the film set for release on DVD this coming Monday, 12th of August we asked him to let us in on the ten horror films that have played the most influence on him to date. Here’s what he had to say for himself.

Right off the bat, as you can imagine, this was a tough challenge, particularly as I was torn between my favourite movie growing up and the movies I’ve been recently impressed with, and the ones in between. I have included an honourable mention at the end of the list which I had to include as it is a film I only watched recently. 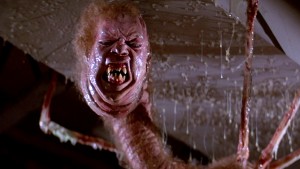 This film probably had the most effect on me when I first watched it as a teenager. In the whole midst of the late 80’s splatter phenomenon, while enjoying the teen slashers, Friday 13th, the Elm series etc, suddenly I watched The Thing. It was nihilistic in its tone, each character, well rounded and multi layered, great acting, a downbeat score that got under your skin and a brilliantly ambiguous ending. And not to mention the amazing make up effects. A film that I wouldn’t change a thing about. A true classic. 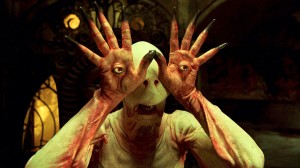 This is a beautifully moving film. I think it’s Guillermo Del Toro‘s best. It’s one of those films where you just slip into its fantasy world as easily as the haunting war setting. To blend the horrors of war perfectly weaved into a fantasy world is absolute genius. 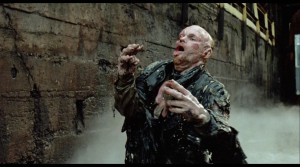 This is deliciously dark satire on corporate America, but with a cyborg with a soul. This had everything: dark humour, extreme violence, melting men, great cop buddy banter, and brilliant baddies in Clarence Boddiker and Dick Jones. Oh and ED209, ‘you call this a glitch?’. I’d buy that for a dollar! 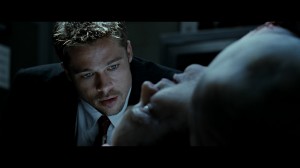 I do count Se7en as a genre movie although it’s also an action/cop thriller. I think it’s just such a perfect blend. No other film has been able to create such a dark, twisted horror/cop thriller hybrid. Everything about the film is perfect in my book. Exciting, gory and brilliantly written for what it is. 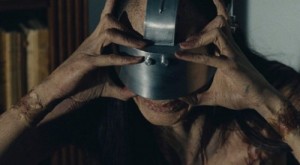 This is a film of such immense power. It was beautifully shot, incredibly brutal but is also such an intelligent and existential film about martyrdom, religion and trust. 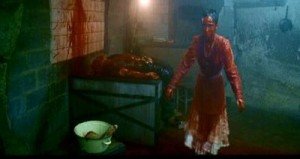 I loved the film for its start of socio realism, disaffected French youth, during the riots. And then they are thrown into the horror setting rather than a few unlikable, good looking teens. This is the perfect example of a great, tense, exciting movie. 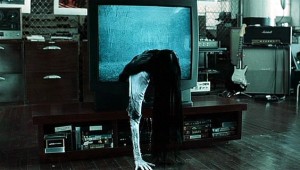 This is just such a genuinely creepy movie. It is so dark, nihilistic and downbeat. It features such a beautifully washed out colour palate and could have so easily been made into a dumb colourful remake with a teen actress, but they kept it mature, thought-provoking and genuinely scary. 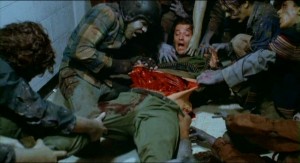 My favourite of Romero’s ‘Dead’ films. Dawn was brilliant in its statement of consumerism but Day of the Dead, had so much to say about survival. What happens when there’s no law? The strongest survive, both emotionally and physically. Tom Savini‘s effects were great, Bub was everyone’s favourite pet zombie and this featured such a stunning performance by a lead female, Lori Cardille. I wish she’d gone on to do more. 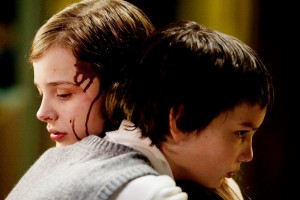 This had so much depth to it. It also featured some excellent child actors and, as a result, you really felt for their friendship. The film was gorgeous to look at. A pure pleasure. 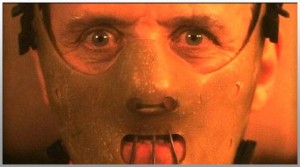 The perfect creepy cop thriller. The film just keeps you on the edge of your seat throughout. The relationships between Starling and Lecter are electrifying, more so given how he gets under her skin. She knows this, she can feel it, but just can’t pull away. Excellent, excellent and excellent.

I only watched this recently but just had to include it as it is bound for my top 10 after another couple of viewings: The remake of Maniac. It was a stunning powerful, technically perfect film. This is precisely what remakes should be: brave, challenging and not scared to go the distance. Elijah Woods‘ harrowing portrayal of a psychopath is brilliant. The whole thing was even shot like an art film in POV style. Absolute genius…

Paul Hyett’s The Seasoning House is available this Monday on DVD which you can order here and we’ll leave you with the trailer for said film.