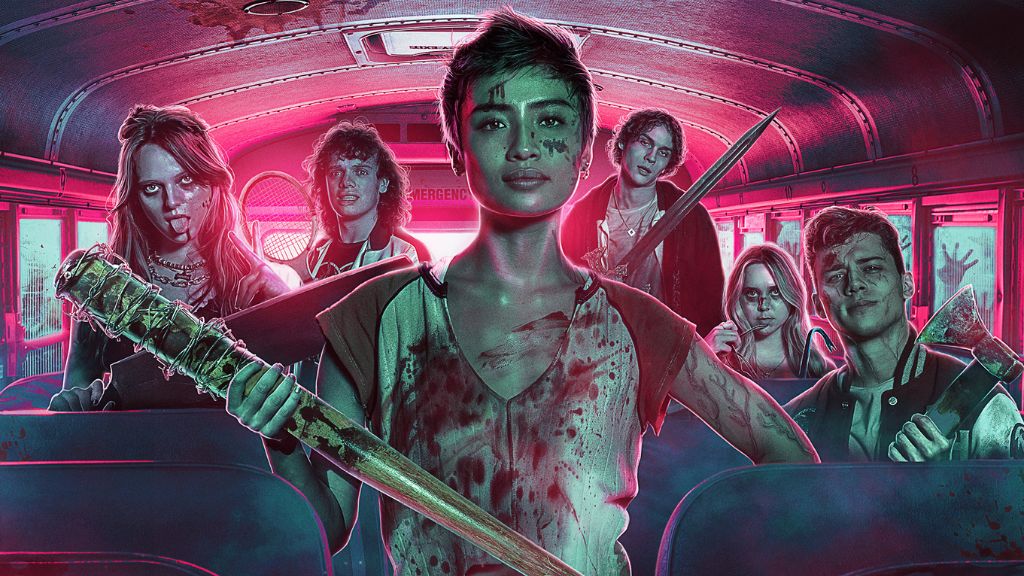 Blumhouse Television and EPIX have just dropped the official trailer and poster for their upcoming original high-school horror film, Unhuman.

Directed by Marcus Dunstan (Saw IV, V, VI and Saw: The Final Chapter, The Collector trilogy), from a screenplay he co-wrote with Patrick Melton, the film stars Brianne Tju (I Know What You Did Last Summer), Benjamin Wadsworth (Your Honor), Uriah Shelton (Freaky), Ali Gallo (The Sex Lives of College Girls), and Peter Giles (Into The Dark).

The film takes viewers on a high school field trip gone bloody awry in which seven misfit students must band together against a growing gang of unhuman savages. The group’s trust in each other is stretched to the very limit in a brutal and terrifying fight for survival, as they fight to take down the murderous zombie creatures… before they kill each other.

Unhuman will be available for digital purchase on June 3 from Paramount Home Entertainment.