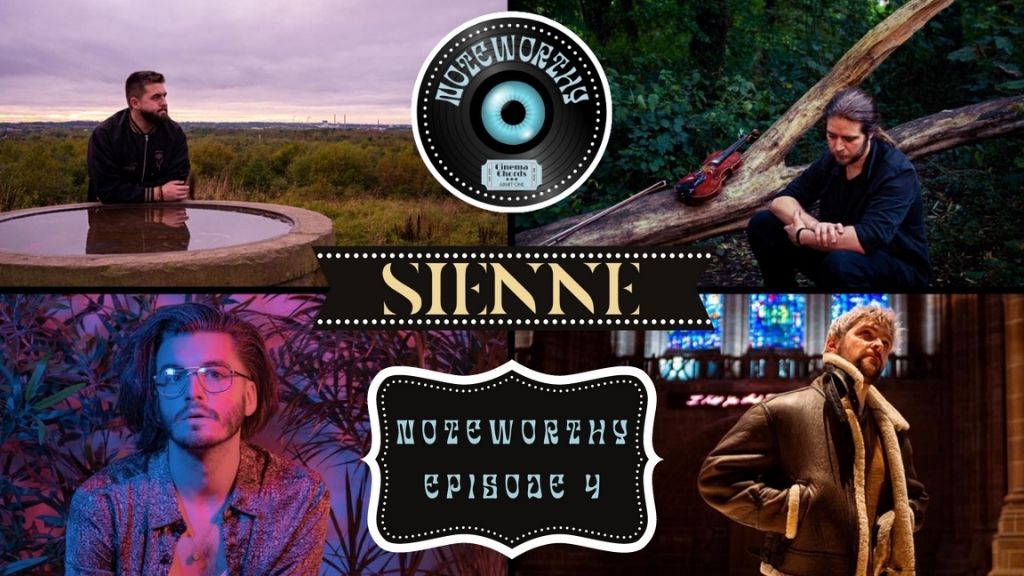 The Liverpool/Warrington 4-piece, Sienne formed in the summer of 2019, giving them just enough time to muster up a handful of rousing tracks before falling victim to lockdown. As luck would have it, though, with all four members having their own home studios, Covid curbed neither their creativity nor their enthusiasm and they went on to release a series of six cracking tracks that constituted their debut EP “We All Look Up to the Same Sky.” What’s more, despite hardly getting a chance to play their creations in front of live audiences, that didn’t stop them from amassing a solid fan base with the help of a series of ingenious home-grown social media marketing tactics to help promote their endeavours.

Comprised of Calan Nickle (vocals), Richard Taylor (guitar), James Rookyard (bass), and Charlie Skeggs (drums), Sienne’s material has been compared to the likes of The Stone Roses and Manic Street Preachers to date, and whilst those comparisons are pretty much on the button, this writer would also recommend them to fans of bands likes Doves, Elbow or Courteeners.

Fast forward to today and it’s hard to believe that it’s been the better part of a year since the band released the aforementioned debut EP. But that, by no means, is an indication that the band has been sat at home twiddling their thumbs. Far from it!

Tomorrow sees the release of “We All Look Up to the Same Sky – Reimagined,” an EP featuring radically disparate rearrangements of the band’s first six releases. This new release also marks a milestone for the band as they consider it to be their way of bringing “that chapter” to an end, before hitting the ground running with a brand new follow-up EP that is guaranteed to surprise fans.

So, slightly earlier than usual, #Noteworthy returns for Episode 4 in which CinemaChords caught up with Sienne who revealed just how different tomorrow’s “reimagined” EP is compared to the original songs, and how their impending new material will mark, not only a brand new chapter but also a distinct new sound for the four-piece.