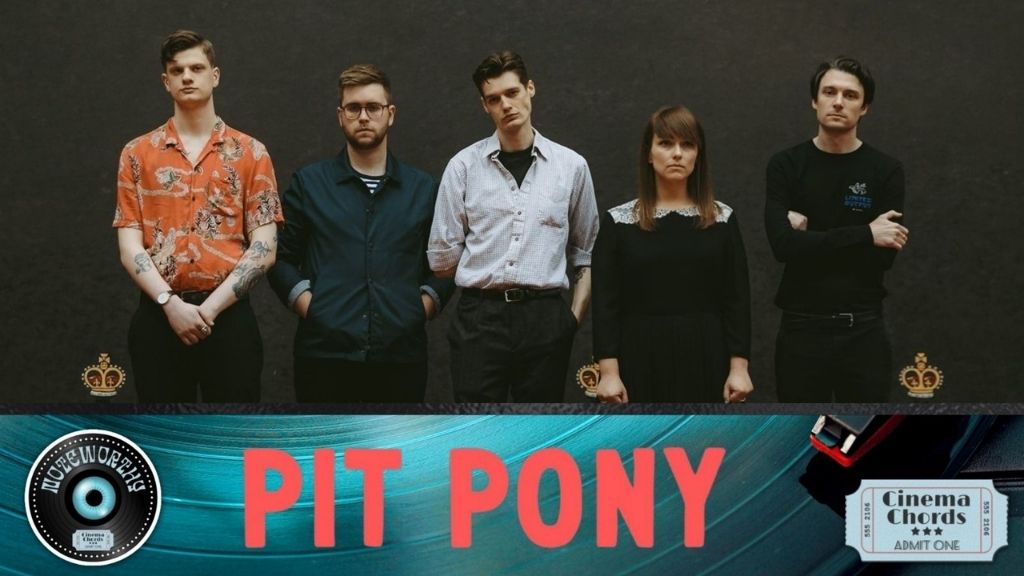 We’re back again to ease you into the week ahead with CinemaChords’ “Noteworthy”, our weekly series of video interviews with bands and musicians who we’re confident will be making huge strides in the coming months. For Episode #12 it’s our pleasure to welcome Tyneside garage rock five-piece, Pit Pony.

Comprised of Jackie Purver (vocals), Garth Purver (guitar), Andrew Jones (guitar), Andrew Potter (bass), and Joey Morley (drums), last month saw the band make their highly-anticipated ferocious return with Black Tar, their first release since 2020. Not only that, but they also announced having secured a deal with Leeds-based record label, Clue Records, home to the likes of Nine Black Alps, The Wedding Present, and Avalanche Party, which also host a monthly show on Amazing Radio, showcasing the best in new music.

Despite only having built up a fairly modest repertoire of tracks since their 2018 debut release, Osaka, Pit Pony has earned widespread endorsements from the likes of Steve Lamacq, Mary Anne Hobbs, Huw Stephens, and John Kennedy. And now, armed with a strong body of new music and a bigger sound, fans can now look forward to their forthcoming debut long-player, which will be topped off with a series of live dates in support of the release.

In anticipation of Pit Pony’s next move, CinemaChords’ Howard Gorman caught up with the band to find out what they had been up to during lockdown, what we can expect from their “bigger” sound when the album finally releases and where you’ll get the chance to catch them live sometime soon.