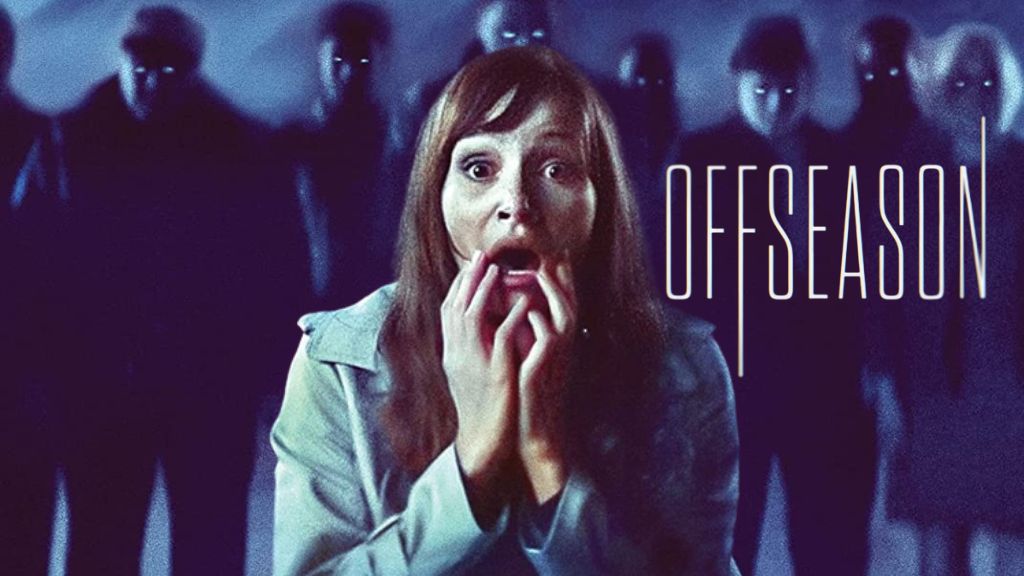 Having made an impressive mark on critics and audiences alike at last year’s SXSW Film Festival World Premiere, and subsequent screenings at the Philadelphia International Film Festival and the Turin Film Festival, Mickey Keating‘s latest cosmic film, Offseason, is all set to stream on Shudder this Friday, June 10, 2022.

Directed by Keating, from his own script, the film stars Jocelin Donahue (Doctor Sleep, The House of the Devil), Joe Swanberg (The Rental, “Easy”), Richard Brake (3 From Hell, Mandy), Melora Walters (The Pale Door, “Pen15”) and Jeremy Gardner (After Midnight, The Mind’s Eye).

Offseason revolves around Marie Aldrich (Donahue), who returns to the remote island where her mother is buried having received a mysterious letter notifying her that her mother’s grave has been vandalized. Once there, the island is swiftly closed down for the offseason and the bridges are closed until the spring, leaving her with no choice but to stay put. Following a succession of odd encounters with the locals, Marie soon realizes that something is very off. If she wants to make it off the island alive, it’s up to her to uncover the mystery behind her mother’s troubled past.

Ahead of the film’s release on Shudder tomorrow, CinemaChord’s Ashley Northey caught up with Donahue to discover the literary inspirations Keating shared with her to prepare for the film, why the horror industry keeps enticing her back for more and what project she’s involved in that will be debuting at Tribeca next week.