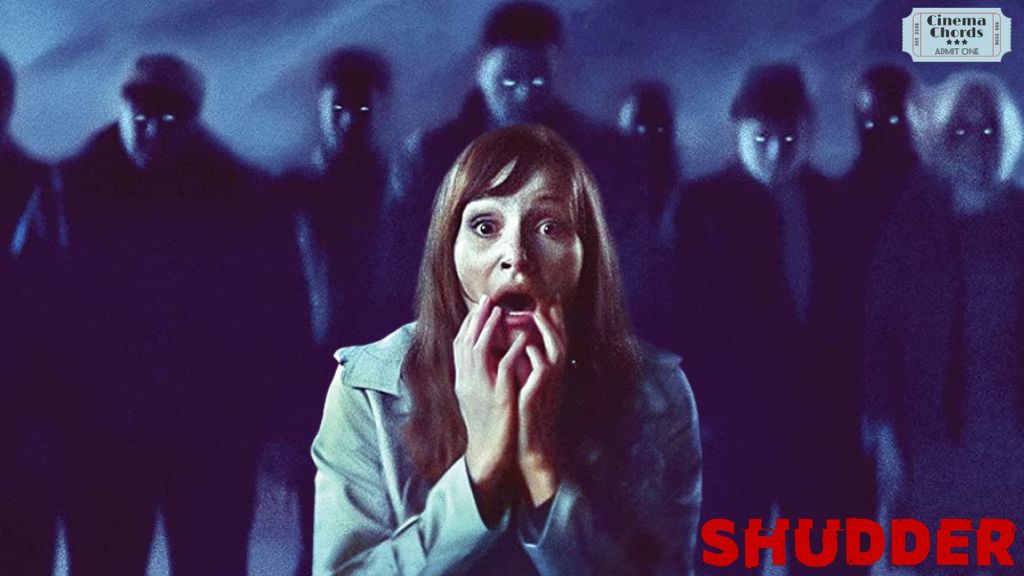 Mickey Keating‘s much-anticipated follow-up to 2017’s Psychopaths, cosmic shocker Offseason will be available to stream on Shudder this Friday, June 10, 2022.

Offseason centers on Marie Aldrich (Donahue), who returns to the remote island where her mother is buried having received a mysterious letter notifying her that her mother’s grave has been vandalized. Once there, the island is swiftly closed down for the offseason and the bridges are closed until the spring, leaving her with no choice but to stay put. Following a succession of odd encounters with the locals, Marie soon realizes that something is very off. If she wants to make it off the island alive, it’s up to her to uncover the mystery behind her mother’s troubled past.

In anticipation of the film’s imminent release on Shudder, CinemaChord’s Ashley Northey sat down with Keating to discover the literary inspirations behind the movie, working with some of the all-time greats in the genre industry and what’s next on the cards for one of the most prolific directors going.