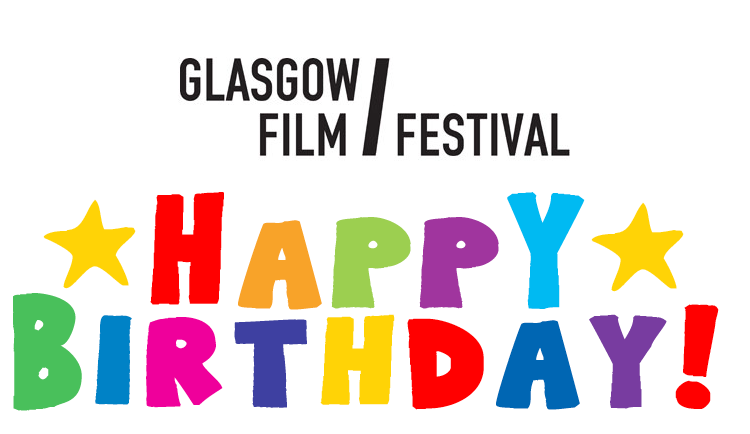 After a very successful year in 2013 which saw over 39,000 admissions to the 368 events, the Glasgow Film Festival held a very impressive line up including such films as The Place Beyond the Pines, Byzantium, Welcome to the Punch and Joss Whedon’s Much Ado About Nothing. Guests attending GFF included Joss Whedon, Saoirse Ronan, John C Reilly, Neil Jordan, Eli Roth and Maria Sadowska.

Allan Hunter, Co-Director of Glasgow Film Festival: ‘The Festival has grown and developed in ways that we couldn’t have imagined in 2005. It has been nurtured and sustained by the enthusiasm and passionate dedication of audiences from near and far who have come to regard Glasgow as their Festival and an event they can trust to bring them the best cinematic experiences, the most accessible guests and the most affordable prices. We take the bond of trust with our audiences very seriously and look forward to presenting them with a 2014 programme that matches their expectations of what a Film Festival should be and how a special anniversary should be celebrated.’

From 20th February until 2nd March 2014 the Glasgow Film Festival will return to the Glasgow Film Theatre and bring with it with some truly unique developments that will take place alongside the regular program strands and we here at Cinema Chords are delighted to tell you all about them.

Considered to be Hollywood’s greatest year ever, GFF will be celebrating 1939 by screening a selection of films that best represented the era. Bringing a touch of OLd Hollywood glamour to February will be Wuthering Heights, Dark Victory, Love Affair, Goodbye Mr Chips, Mr Smith Goes To Washington, Of Mice and Men and The Wizard of Oz.

GFF will focus on Chile where filmmaking has recently been energised by two large international successes, No (starring Gael Garcia Bernal) and Gloria (for which Paulina Garcia won Best Actress at the 2013 Berlin Film Festival).

GFF will feature boutique screenings and cinematic experiences in a huge variety of unusual locations. At GFF13, audiences went underground to watch The Warriors in the bowels of the Glasgow Subway system and witnessed Jaws and Dead Calm from the cargo hold of the Tall Ship Glenlee. This year, there will be a themed pop-up event on every night of the Festival apart from the opening and closing galas. Selected events will be announced in December 2013.

Janet Archer, CEO, Creative Scotland: ‘The Festival’s tenth anniversary programme is set to offer a strong, extensive and exciting variety of screenings and events.  Creative Scotland is delighted to support the Festival, one of the top three film festivals in the UK, during its tenth anniversary edition.  The festival attracts filmmakers and film lovers from across Scotland, the UK and internationally, and its success and reputation has grown year on year.’

All the Best Picture Oscar nominees from Hollywood’s Greatest Year.

Best of British
Brand new films and much-loved classics from all over the UK.

Open your mind to experimental and artist films from Glasgow and across the world. 2013’s programme will include the world premiere of Happy and Glorious, a new film commission by upcoming video artist and recent Jarman Award nominee, Rachel Maclean, the winner of GFF13’s prestigious Margaret Tait Award.

The horror institution takes over Screen 1 at GFT for the final weekend of the Festival for back-to-back screenings and an advance wallow in the gore of the finest, freakiest new horror movies.

Gala
The big ones. Gala screenings, red carpet events and premieres. Are you ready for your closeup?

As computer games now regularly beat the biggest Hollywood box office takings, is video set to kill the movie star too?  Ace gamer Robert Florence, best known from BBC comedy sketch show Burnistoun, is back with irreverent events, screenings and probably a house party to celebrate the rise of the pixel.

An inspired programme of live music events, features and rockumentaries celebrating the special relationships between film and music, co-curated with The Arches.

Showcasing the best contemporary international cinema for and by young people alongside workshops, masterclasses, competitions and special events.

A celebration of native talent and local heroes with screenings of the best new productions from Scottish filmmakers and Scottish production companies.

Globetrotting without a passport – brilliant titles from all over the world.

Comic book legend and Fox creative consultant Mark Millar, creator of Kick-Ass, is back to curate our strand dedicated to cult movies and the rise of the superhero.

Out of the Past

Classic movies in peak condition back on the big screen, where they come alive all over again.

Pop Up Cinema and Special Events

Cinema experiences in strange and unusual locations, and distinguished guests in conversation.

An exceptional selection of the best new documentary releases.

The tenth annual Glasgow Film Festival runs from 20 February – 2 March 2014. The full programme will be launched on Tuesday 21 January on www.glasgowfilm.org, with tickets on sale from Friday 24 January. Information about selected special events will be released in December 2013.