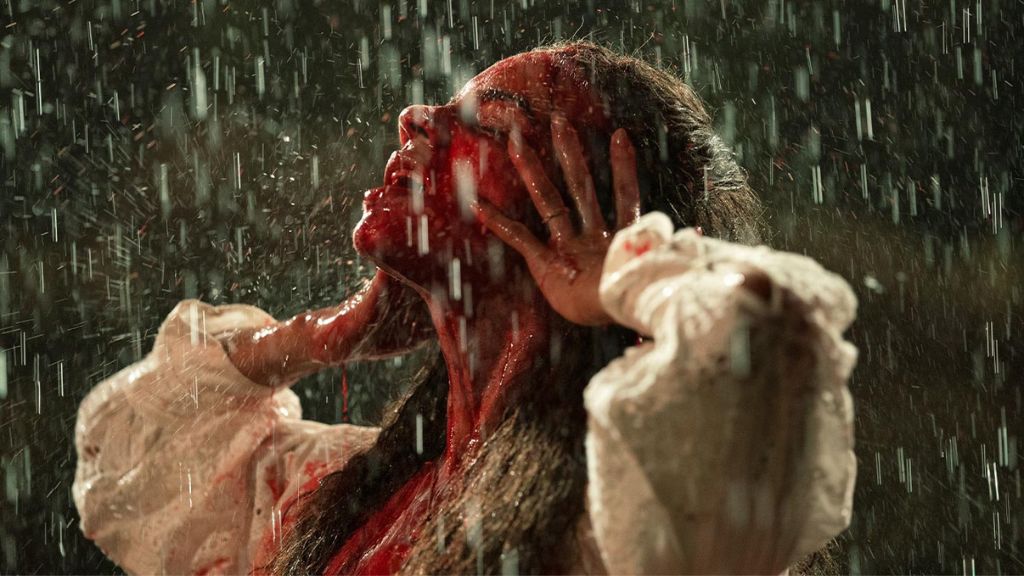 After falling victim to the release delays brought about by Covid, Jon Wright‘s (Grabbers, “Brassic”) latest endeavour, Unwelcome is finally getting the release it’s long been waiting for through Well Go USA Entertainment.

Penned by Wright with his Robot Overlords co-writer Mark Stay, who describe the premise as Gremlins by way of Straw Dogs and an antidote to the formula of big studio films, amd shot in its entirety during lockdown, Unwelcome stars Hannah John-Kamen (Black Mirror, Ant-Man and The Wasp, Ready Player One) and Douglas Booth (Loving Vincent, hit Netflix film The Dirt, Jupiter Ascending, Pride and Prejudice and Zombies) as a couple who escape their urban nightmare to the tranquillity of rural Ireland only to discover malevolent, murderous goblins lurking in the gnarled, ancient wood at the foot of their new garden. Additional cast include Golden Globe nominee Colm Meaney, Jamie-Lee O’Donnell, Chris Walley and Kristian Nairn.

Unwelcome will release in select theaters on March, 10, 2023, and on EST March 14. Until then, we’ll leave you with the official trailer for the film that promises to update creature feature and home invasion tropes from a more contemporary, psychological angle.