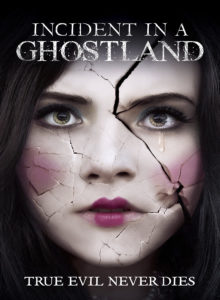 Incident in a Ghostland is quite something. As it comes from Pascal Laugier, the director behind 2012’s hard-hitting Martyrs, you’ll be unsurprised to learn that it is a brutal, terrifyingly relentless take on the home invasion subgenre. But it’s more than that, it’s a horrifying look at what happens after witnessing a tragedy and the demons that linger long after.

The film begins when a mother and her two daughters Beth and Vera, move to a new home they’ve inherited. Terror strikes when their home is invaded, leaving the three with scars that will take a long time to heal. Cut to years later and Beth, now a renowned horror author, receives a strange phone call from Vera that leads her to re-visit the home that she left so long ago. What greets her is madness beyond belief, forcing Beth and Vera to confront the demons they hope to leave behind.

There is so much to delve into here, I’m finding it difficult to put into words. Occasionally a film will come along that will shock you into silence, that will hit you full-on in the chest and force you to watch something unpleasant, upsetting and unforgettable. Martyrs was one of those films and this is another one.

Incident in a Ghostland adopts many of the ideas that were present in Martyrs, bringing its audience another difficult to watch story of abuse and psychological terror. Again, the victims of the story are a couple of girls – begging the question of why Laugier possibly hates women so much – played heroically by the young Emilia Jones and Taylor Hickson. As actresses, they are pushed to their limits to bring Laugier’s vision to life, and it is their brave performances that drive this horrific story. You’ll feel every beating and every moment of physical, mental torture that these girls do. You’ll want to cover your ears to shield yourself from the screaming and cover your eyes to stop the brutality, but at the same time, you can’t look away.

How far can this go? How much time is left? Surely, it can’t get any worse? The questions you asked yourself when you watched Martyrs will rear their ugly heads once again, just like the girls’ memories of that fateful night return to haunt them again and again. It’s worrying to see Laugier’s shown preoccupation with the abuse of young females and, understandably, many will see this film as wholly problematic. However, this is not just a glorification of violence or a gratuitous display of assaulted women, but instead, a complex exploration of psychological repression and the important part a mother plays in protecting her children; even if what she does is not always right. 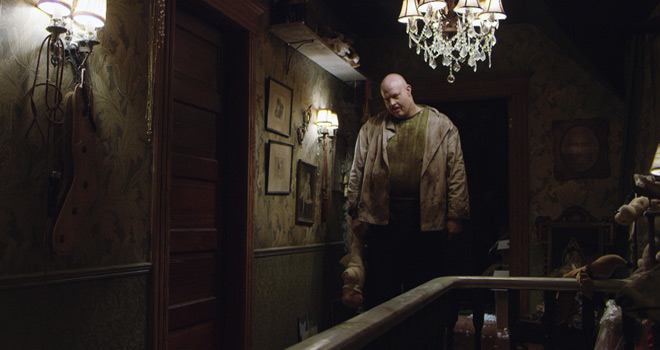 Laugier’s story is a complex one; below the extreme physical violence and visceral horror there is an emotional focus on mental health and madness. When Beth returns to her sister, she sees that she relives the night of the home invasion over and over again. She believes that she’s still there, causing herself harm as she’s beaten by an unknown force, immediately reminiscent of those early scenes in Martyrs where Lucie is tortured by a demonic manifestation of her own traumatic memories. This film has a multitude of layers, adding to the intensity of the on-screen violence with genuinely heart-wrenching scenes that will have you on the brink of tears.

By the end, Incident in a Ghostland becomes our house of horrors, one we’re glad we survived and one we”d not like to revisit. It’s a harsh watch and not for the faint-hearted, a film that’s difficult to watch, but important for its portrayal of post-traumatic stress and the inner demons that wreak havoc even when the terror is supposedly over.