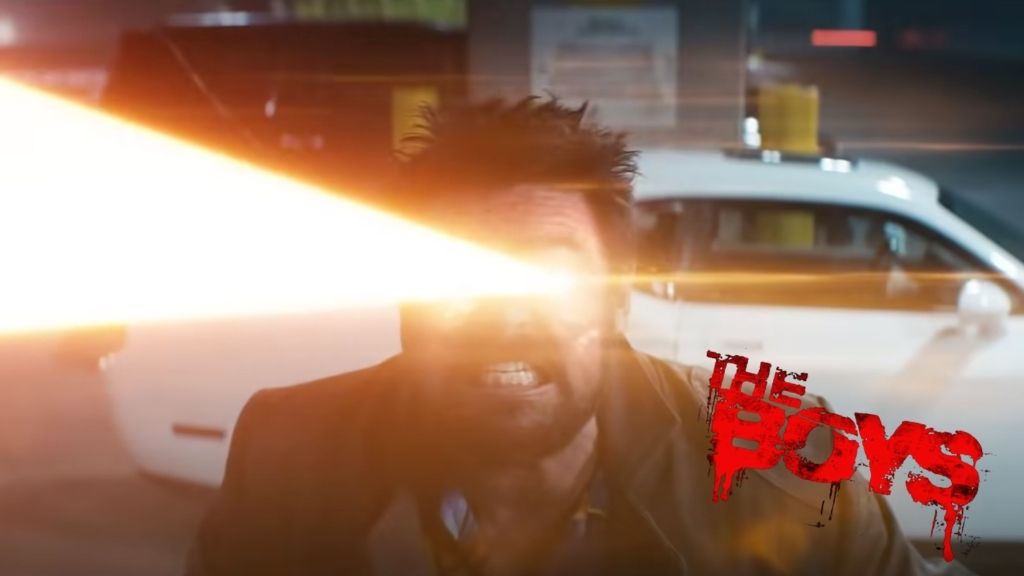 “The Boys” rash and brash third season full trailer was unleashed during the show’s SXSW panel this weekend, moderated by Christian Slater, who voices the “super” narrator in the second episode of the recently-released animated anthology spin-off series, “The Boys Presents: Diabolical”.

The trailer, which dances to the beat of a brand-new Imagine Dragons track, “Bones” (complete with lyrics that resonate with our waning patience given the unfortunate waiting game fans have been forced to play as a result of COVID) comes packing all the pitch black, lewd humor and Grand Guignol gore we’ve come to expect – and enjoy – from the series, accompanied with an exclusive first look at Supernatural alum Jensen Ackles as Soldier Boy. Originally created as a parody of Captain America, the Prime Video adaptation is said to alter Soldier Boy’s personality to make him even worse than Homelander, as opposed to his innocent and oblivious nature in the original comics.

The Season 2 cliffhanger saw Becca’s son Ryan’s anger bringing him to use his laser vision for the first time against Stormfront. While hid did manage to stop Stormfront in her tracks, Ryan accidentally kills his mother in the process and, in a roundabout way, Homelander is to blame for Becca’s death, as Ryan is the byproduct of the leader of “The Seven” having raped Becca.

Based on the glimpses the new trailer provides, both Homelander and Butcher are on the warpath with designs to exact vengeance on each other in the wake of the tragic events that unfolded in last season’s jaw-dropping finale.

Season 3 will bow on Prime Video with the first three episodes swooping down on Friday, June 3 followed by a new episode each subsequent Friday, leading up to the epic season finale on July 8. The eight-episode season will stream exclusively on Prime Video in more than 240 countries and territories worldwide.