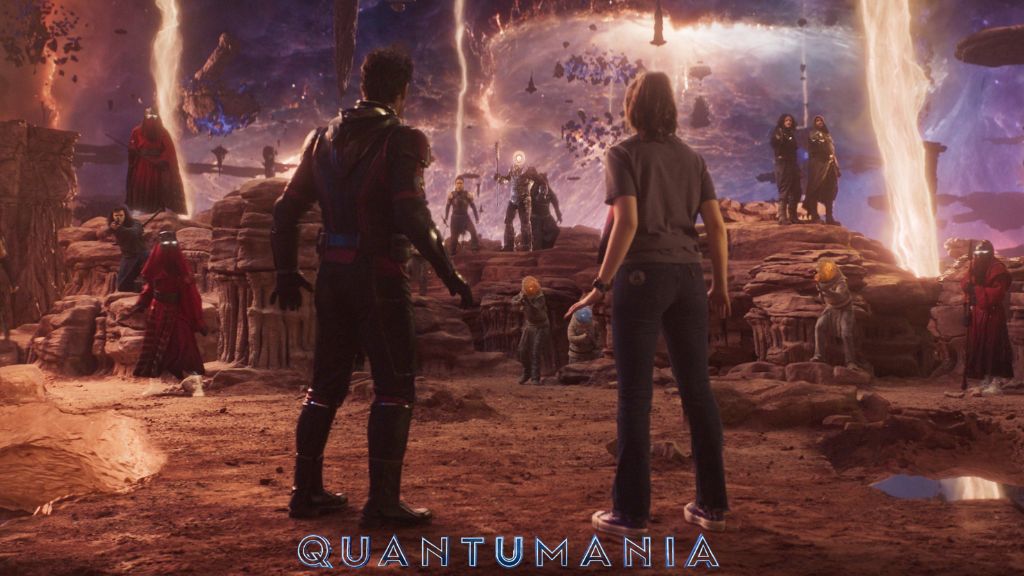 Marvel Studios has augmented expectations on a grand scale for phase 5 of the Marvel Cinematic Universe with the debut of the eagerly-awaited first trailer for Ant-Man and The Wasp: Quantumania.

Peyton Reed (“The Mandalorian,” Bring It On) returns to direct, from a script written by Jeff Loveness (Avengers: The Kang Dynasty, “Rick and Morty”), the latest epic entry in the MCU picks up after the events of Avengers: Endgame, following the adventures and misadventures of partners Scott Lang/Ant-Man (Paul Rudd) and Hope Van Dyne/The Wasp (Evangeline Lilly). Together, with Hope’s parents Hank Pym (Michael Douglas) and Janet Van Dyne (Michelle Pfeiffer), the family is accidentally transported into the Quantum Realm, a minuscule dimension that only can be entered through subatomic particles. They soon find themselves exploring the Realm, interacting with strange new creatures, and embarking on an adventure that will push them beyond the limits of what they thought was possible.

Jonathan Majors will be joining the adventure as Kang the Conqueror. This casting news was first reported back in September 2020 and because the actor cast as Kang would first portray an alternate version of the character, called He Who Remains, in the Disney+ series “Loki,” Kate Herron and Michael Waldron – the director and head writer of the first season of “Loki,” respectively — were involved in casting Majors in addition to Reed and executives at Marvel Studios.

The film is produced by Kevin Feige and Stephen Broussard.

Ant-Man and the Wasp: Quantumania is slated for a February 17, 2023 release, and, in the meantime, we’ll leave you with the aforementioned trailer.