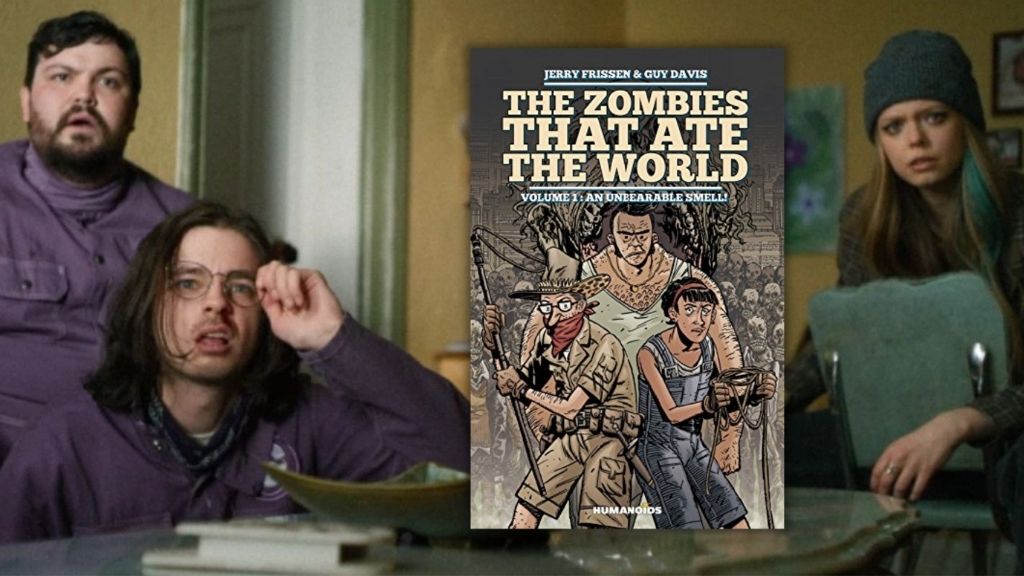 Canadian filmmaking trio Anouk Whissell, Yoann-Karl Whissell and François Simard (Turbo Kid, Summer of 84) are hard at work directing the high-concept comedy We Are Zombies, based on the cult comic book series “The Zombies That Ate the World” written by Jerry Frissen and illustrated by Guy Davis.

The comic book series was originally published in the French Métal Hurlant magazine from issues 141 to 145 (2003-2004) and in the American version from issue 8 to 14 (September/October 2003 – November/December 2004) and earned praises from horror legends such as George A. Romero, Joe Dante, Tobe Hooper and comic book author Mike Mignola.

Boasting a young cast headed up by Alexander Nachi (“Clash”), Megan Peta Hill (“Riverdale”) and Derek Johns (“Moonfall”), the film takes place in a city breeding non-cannibal zombies who are considered “living-impaired.” The offbeat comedic plot follows three slackers looking to earn some easy money who must fight an evil mega-corporation to save their kidnapped grandmother.

We Are Zombies also sees the filmmakers back in collaboration with Turbo Kid cinematographer Jean-Philippe Bernier and production designer Sylvain Lemaître.

Principal photography began on March 29 around Montreal, Canada and Kinology, the Paris-based banner whose credits include Leos Carax’s film “Annette,” has secured international sales for the movie and will unveil a promo teaser at Cannes.