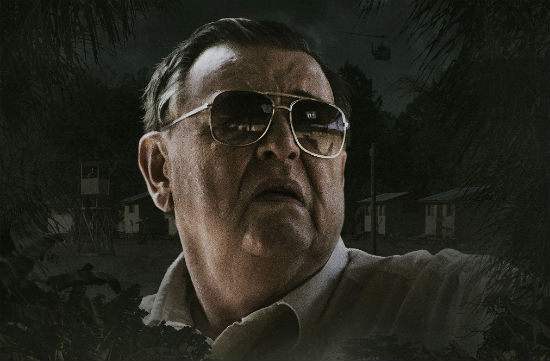 To some, to hear the last sacrament, or the last rites, can be the last comforting thing they hear before passing onto the next world. When a crazed cult leader uses it to motivate his disciples into hunting you down and killing you however, it’s quite the opposite.

Here at Cinema Chord‘s we always get rather excited when we hear about anything with Ti West’s name on it so we’re proud to share the latest trailer for his latest movie, The Sacrament.

The film is all set to premiere tomorrow at the FrightFest in Glasgow, where Ti West will be putting in an appearance for an ‘In Conversation’ event. In the meantime, we’ll leave you with the theatrical trailer for The Sacrament.

Here’s the official description of the film:

THE SACRAMENT follows two Vice Media correspondents as they set out to document their friend’s journey to find his missing sister. They travel outside of the United States to an undisclosed location where they are welcomed into the world of “Eden Parish,” a self-sustained rural utopia, comprised of nearly two hundred members. At the centre of this small, religious, socialist community is a mysterious leader known only as “Father.” As their friend reunites with his sister, it becomes apparent to the newcomers that this paradise may not be as it seems. What started as just another documentary shoot soon becomes a race to escape with their lives.

Staring Gene Jones as Father and A.J. Bowen as Sam the Vice Journalist, The Sacrament is slated for a limited theatrical release on June 6th, and a May 5th VOD release.