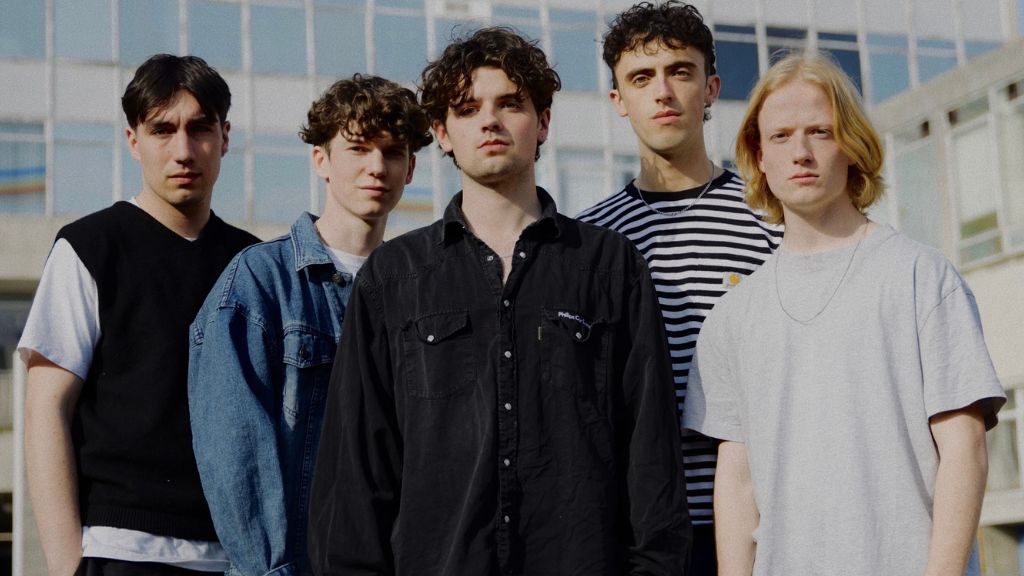 Plymouth quintet The Native is all set to release a brand new EP entitled “Looking Back” on August 19. The release marks their first release under a new deal with This Feeling Records. The EP, which you can pre-order now here, will be released alongside its title track and new single.

“Looking Back” features all of their recent singles – “20 Something,” “Changes” and “Blindside” – which have all received airplay on the likes of Radio X, BBC Music Introducing, and BBC Radio London. The band is also going all out in terms of the live circuit, having recently completed an extensive tour supporting Bastille as well as performing at hit festivals including the Isle of Wight, Truck, and Chagstock.

As a whole, the “Looking Back” EP taps into themes of feeling adrift and disillusioned in adulthood; something which is also true of the lead track. Sweeping keys and subtle synth textures buoy Charlie Noordewier’s yearning vocals before the song bursts into life with the band’s trademark hybrid of luminous melodies, chiming guitar, and driving rhythms. Despite posing questions of youthful angst, “Looking Back” is described as ultimately being an expression of optimism that reaches out to those mired in the darkness: “Looking back when the lights are off and I’m doing fine / I wish I knew if I’d dared to try that I’d be alright.”

Commenting on the imminent release, the band said:

“When we first wrote ‘Looking Back’ it never really stood out to us as a single, we didn’t think much of it until we started playing it live on the Bastille tour and it became the highlight of the set. We had people ask us to write out the lyrics so they could get them tattooed which was something we’ve never had before.

I think after seeing the effect it had on people we realised what a special song it was and honestly think we can all say it’s the best song we’ve ever written. We haven’t ever been more proud of a body of work and can’t wait to share the whole EP.”

In addition to their four singles, the “Looking Back” EP will also feature two never before released songs. “All Or Nothing” dials things down a notch, serving as the EP’s most reflective track, while closer ‘If Not Now, Then When?” finds The Native relinquishing its propulsive power for an introspective acoustic confessional that possesses the intimacy of a self-recorded demo.

The “Looking Back” EP was produced by John Cornfield, whose expertise has helped guide legendary British rock bands including Oasis, Muse, and The Stone Roses. The Grammy Award-winning Adrian Bushby (Foo Fighters, Muse, Everything Everything) then provided mixing.

On the live circuit, The Native will be playing at the Y Not? Festival this weekend, where they’ll take to the This Feeling stage on Saturday night. And they will take to their biggest stage of the Summer the week after ‘Looking Back’ is released when they play the Reading and Leeds Festivals.