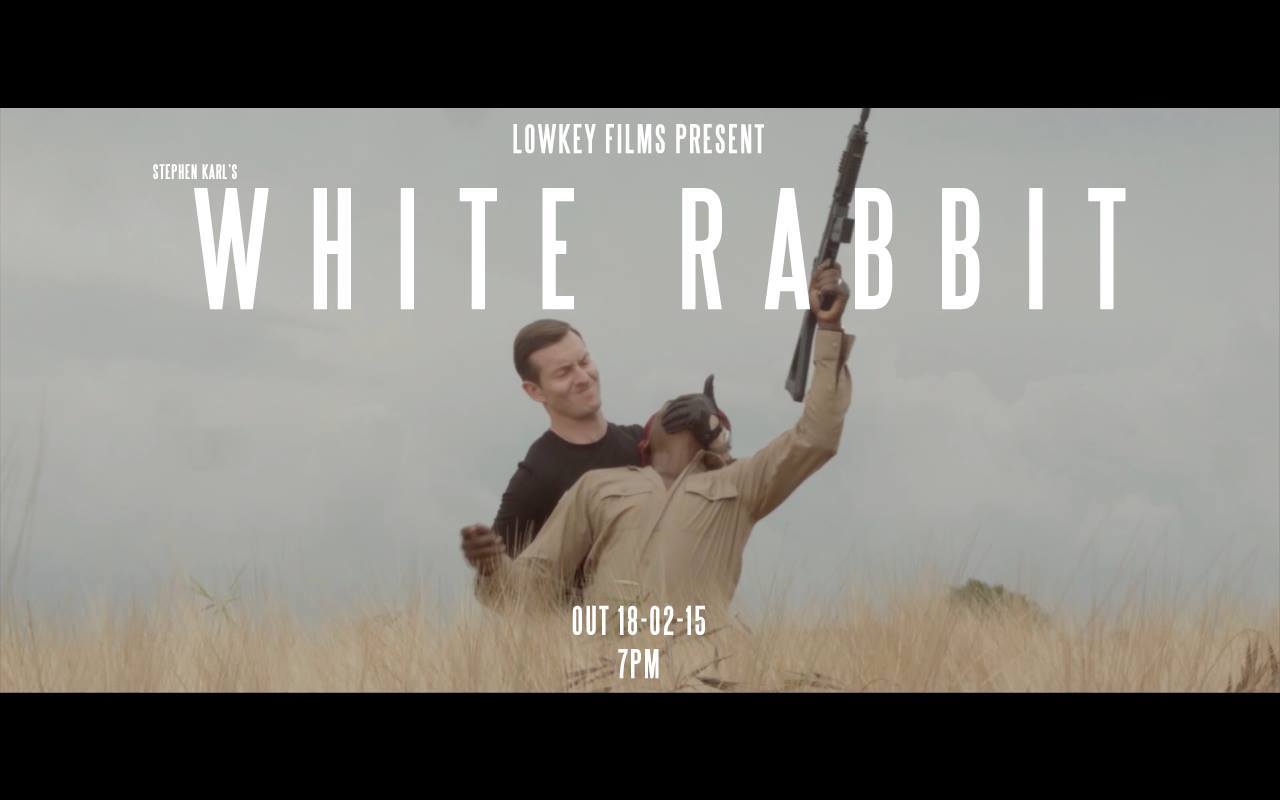 It’s good to know that the cinematic society is beginning to lean more towards anti-heroes every year. Those characters are far more interesting than the angelic saviour we have rested a lot of our mainstream morals on. An anti-hero is the pinnacle of good writing, acting and direction when it is done well such as Nathan Wallace in Repo! The Genetic Opera and Rosamund Pike in the recent Gone Girl. You don’t want to love them entirely but you can’t bring yourself to hate them either. That battle is completely enthralling and luckily for Stephen Karl, who directs alongside Connor O’Hara, writes and stars in the darkly comic White Rabbit.

It’s not often you see a famed magician take off his top hat to appear in films but Karl has already shown promise with poignant drama Sun in the Night. Now he teams up with Lowkey Films yet again to produce a funny and action packed short. Tobias Baines is a contracted killer. But he relishes the murders and sees himself as a showman, producing bloody killings like a magic show albeit, one where he’d actually saw the woman in half if the price was high enough. However, Baines unearths a fiendish plot that puts his entire life in jeopardy.

The main draw in this tantalising short film is Stephen Karl. It helps that he is superb here, because he has to be, co-directing, writing and playing the lead man. That’s enormous pressure to place on yourself but luckily, he reaches that very high bar he’s set. As Tobias, Karl’s mixture between refined cockney hit-man and part delusional showman gifts the entire film with this unforgettable charisma. He’s suave, droll and a little bit damaged. These different levels of character enhance the film with this cocky rambunctious spirit that contrasts with the bitter end and the somewhat troublesome illusionist mind-set Tobias has. Add a few magic tricks of the trade, thanks to Karl’s skills as a magician, and the end result is compelling.

The film has enough speeding bullets and bloody pulpy bits to keep fans of London warfare films afloat whilst still providing the eloquent fun of it all. Helped along by Connor O’Hara and the team at Lowkey, Karl manages to adeptly bring to life a character too. There is also a rather stirring, powerfully shot end sequence that was reminiscent of the Filth finale and Karl and the team manage to capture a somewhat McAvoy twinkle (I say somewhat because the actor, in my belief, inimitable). In the end, it’s the brutal blend of fights, fun and feelings that, on a low budget, is actually superb.

If you’ve just come out of Kingsmen: The Secret Service and are looking for another fix of fast paced hilarity that comes speeding out of a gun and into the brains of many many people then White Rabbit is for you.

White Rabbit will be released online at 7pm. You can catch it on Lowkey Films!