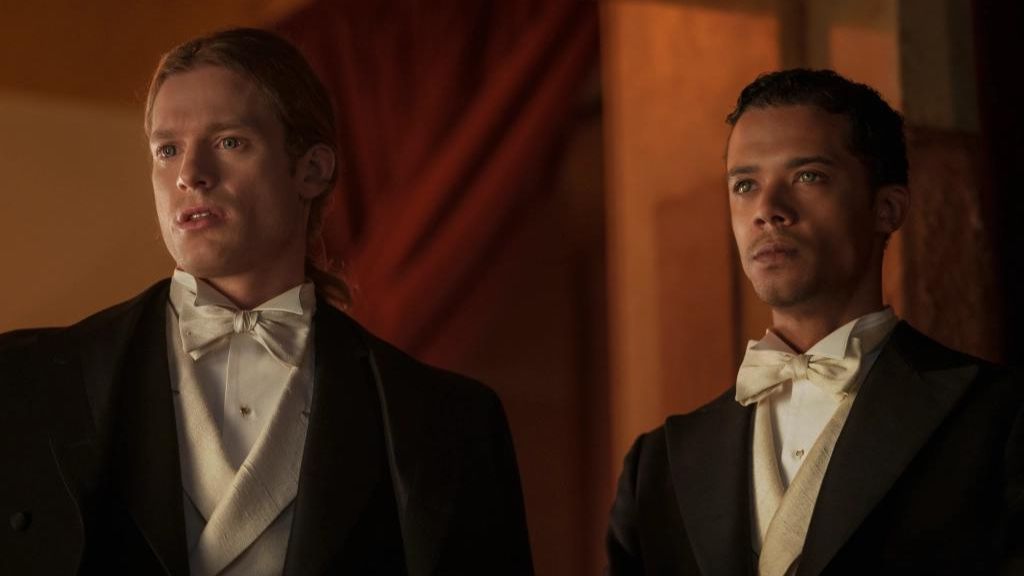 It would appear that AMC Networks has plenty of faith in what they’ve seen of Anne Rice’s “Interview with the Vampire” series, with a second season greenlit today ahead of next week’s first season debut on AMC and AMC+.

This sensuous, contemporary reinvention Rice’s gothic horror novel follows Louis de Pointe du Lac (Jacob Anderson), Lestat de Lioncourt (Sam Reid) and Claudia’s (Bailey Bass) epic story of love, blood, and the perils of immortality, as told to journalist Daniel Molloy (Eric Bogosian). Chafing at the limitations of life as a Black man in 1910s New Orleans, Louis finds it impossible to resist the rakish Lestat’s offer of the ultimate escape: joining him as his vampire companion. But Louis’s intoxicating new powers come with a violent price, and the introduction of Lestat’s newest fledgling, the child vampire Claudia, soon sets them on a decades-long path of revenge and atonement.

Commenting on the forthcoming series, Dan McDermott, president of original programming for AMC Networks and AMC Studios said that, “The scope and breadth of this show, and what Mark and Rolin have delivered, is just stupendous. They have rendered the rich and vibrant world of Anne Rice’s Interview in a wonderful way, and we’re incredibly proud. From the set build, to production design, costumes and more — no detail was overlooked. This stellar cast deliver powerful performances that emotionally connect us to these characters and their humanity … We look forward to sharing the final product of this extraordinary effort with audiences in just a few short days and are thrilled that this story will continue. This is only the beginning of an entire Universe featuring enthralling stories and characters that capture the spirit of Anne Rice’s amazing work.”

In this article:AMC, cinemachords, horror, Interview with the Vampire, release date