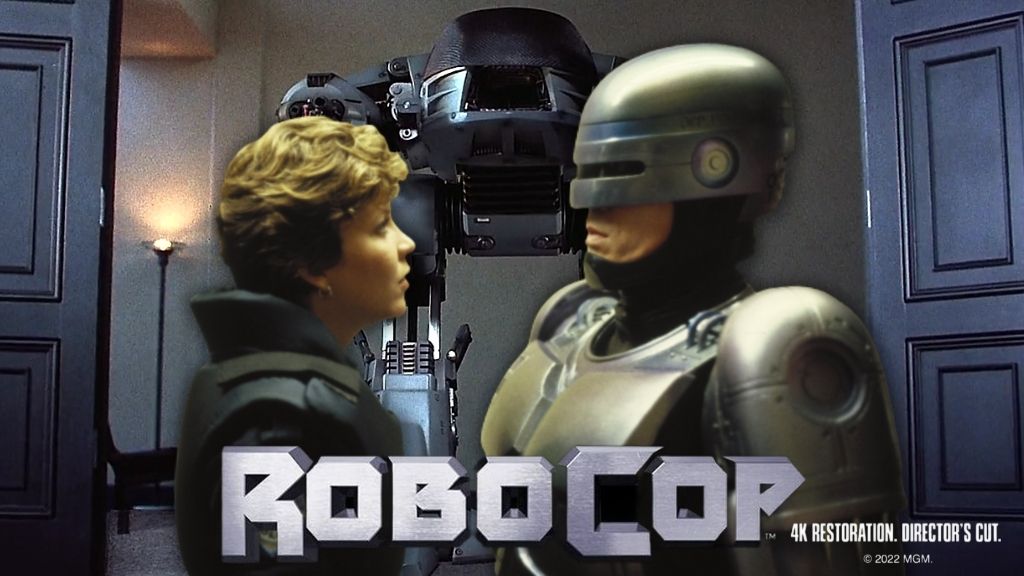 To mark the 35th anniversary of Alex Murphy’s fateful first day at Detroit’s Metro West police station, a 4K restoration of the director’s cut of cult classic RoboCop has blasted its way back onto the big screen around the world in partnership with Park Circus.

The 4K restoration in question is from the original camera negative by MGM, approved by the film’s director Paul Verhoeven (Total Recall, Starship Trooper, Hollow Man, and, most recently Benedetta). The film is currently screening in over 100 different cinemas across the UK and Ireland including Vue, Odeon, Picturehouse and independent cinemas nationwide. It will also be played across Alamo Drafthouse theaters and selected independent sites in the US with select cinemas also screening this reissue of the film in France, Austria and Australia.

Excited for such a cult classic to be back in cinemas around the world, Howard Gorman and Ashley Northey sat down with Nancy Allen (Carrie, Dressed to Kill, Poltergeist III, The Philadelphia Experiment) to reminisce about the much-loved film as she revealed why she thinks it has stood the test of time so well, how there was a fantastic script for a sequel that sadly never came to fruition, and why the two sequels that did get produced were destined to never live up to the brilliance of the original film.