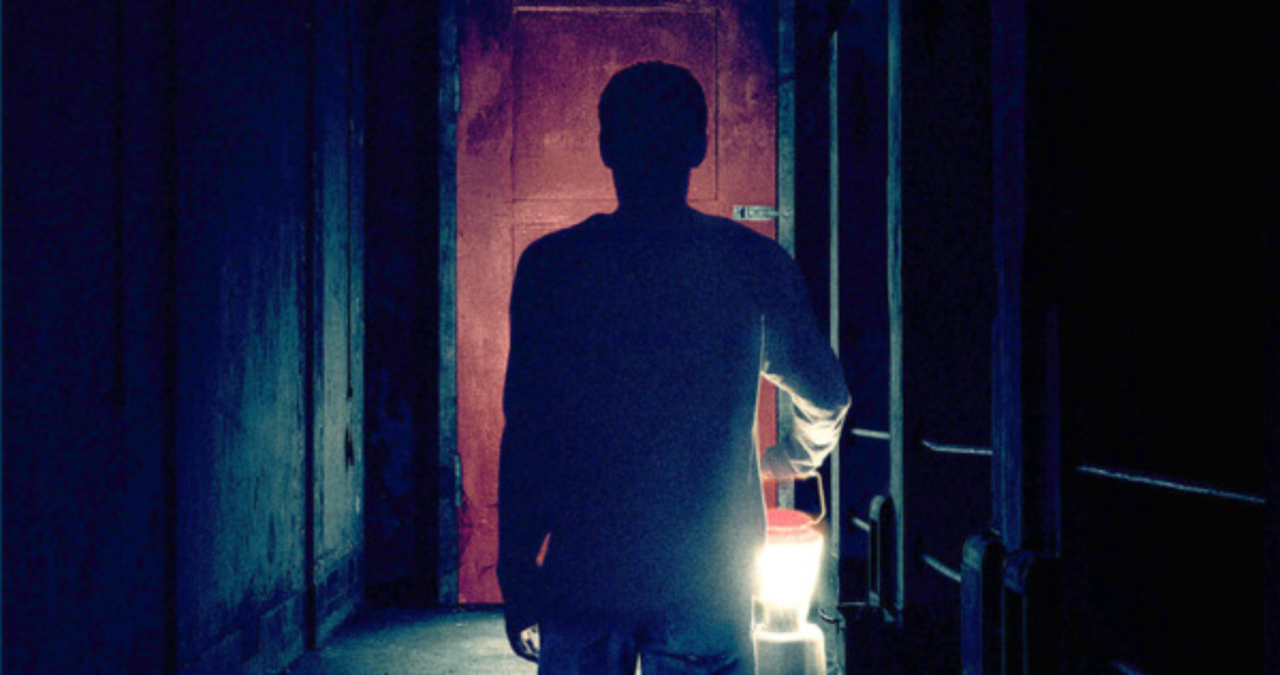 It Comes at Night is a work of taut, paranoiac angst, agonizingly tearing open an unsettling fissure at the heart of modern societal fears, as it explores the limits of humanity through the collision of empathy against the darkest survival instincts of the nuclear family. A family try to survive and live a stable life in a world that has seemingly been devastated by a plague. Suddenly, the arrival of a stranger and his family offers them a chance to embrace humanity, but can they trust these strangers in the face of the apocalypse? Are they allies … or enemies?

At the core of It Comes at Night is the sense of the unknown. It grips the film; not simply the simple mystery of what has afflicted the world, but in the shape of the characters themselves. Director Trey Edward Shults provides us with so little context that it engenders an air of suspicion that strangely mingles with innocence, making them incredibly human and compelling, evoked perfectly in the figure of Travis. Travis is the beating emotional heart of the film and its most tragic figure. He is caught between the innocence of youth and the responsibility of adulthood, and within this perpetual moment, he finds himself cast into an emotional turmoil. His act of eavesdropping on both his own family and the family invited into their world is an act that perfectly represents the complexity of this juxtaposition, as it is the act of curiosity but also sinister through the perverse sense of surveillance inherent within it. As the next male in line to his father, a representation of masculinity at its most dominant and grotesque through the mesmerising performance of Joel Edgerton, the burden of manhood falls heavy onto his shoulders, his father preparing him for a future of survival in the male ideal.  In this sense, It Comes at Night is as much about the legacy of masculine identity and the crisis of self in such outdated modes of representation. The opening of the film reinforces this focus as the audience is instantly confronted with not merely a mood setting moment of sullen tragedy, but the capturing of a moment of familial change … the patriarchal order is shifted and from this moment, the fear of the familial collapse oppresses the film, a tension that compresses as the narrative unfolds and the new family imposes itself on the fracturing dynamic. 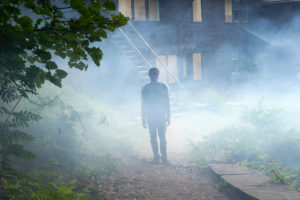 Shults works tightly within the form of genre filmmaking, yet introduces an almost artistic sense of quiet introspection to the moody confines of this generic form, blending horror cliché with psychologically reflective imagery to craft a rich and textured landscape, rough yet polished, almost expressionistic while grounded in grim realism. It’s an impressively committed vision that channels a visual attitude that particularly echoes the work of John Carpenter, explicitly in its paranoia and more subtly in its compositions, as Shults’ camera roves through the environment like the dread-filled tracking shots that abound in Halloween and, explicitly, The Thing, channelling not just the autonomous perspective of potential menace, but the omnipresence of fear. The visual construction reflects the evolution of this fear; the gentle tracking motion following the hairline fracture in the relationship between the two families (much like the fracture of fear between the characters in The Thing) that undermines steady shots that compose the family sharing space that isn’t constricted. As the film develops, the fracture splinters out and the shots grow more restrictive in their framing; the battle for dominance within them reflecting the festering paranoia within this new family. Like Carpenter’s cinema, Shults’s film is reverential to the style of the past (Carpenter’s own adoration of Howard Hawks’ cinema), while displaying a fiercely independent attitude in the expression of the ideas that concern him through the prism of his own voice.

The film features a couple of narrative missteps, which to reveal would undermine the experience, but suffice to say they, in my opinion, clashed against some of the darkest questions posed, in particular one at the conclusion of the film whose darkness could have shattered the audience if left to hang like the foreboding threat of night itself. This could be argued as an element in a bigger questioning that it doesn’t go far enough into in terms of the scope of horror (something addressed in recent articles about the insinuated disparity in experience between the trailer and the film itself), and as much as I feel like this is not an unjustified argument, I also feel this limit is a symptom, not of failure, but of the tight and purposefully controlled boundaries of the film. Within this context, the restriction imposed is perfect to create a suffocating experience far more affective and powerful than a potentially expansive yet obvious one. It Comes at Night is a welcome return to a genre filmmaking far more concerned with the immediacy of the experience in relation to the drives of character, not narrative. It doesn’t matter about the universe outside of the family – they are their own universe and the reality of the fragility in this illusion is the locus of true horror.

Drenched in an atmosphere made suffocating by the self-imposed boundaries of its form, It Comes at Night achieves a tension that always threatens to explode, but whose affective beauty comes in the ebbing pain of an existence in the face of the unknown, one that cuts deeply and personally, making it one of the most compelling films of the year so far.

It Comes at Night releases in UK theatres from July, 7, 2017 via Universal.