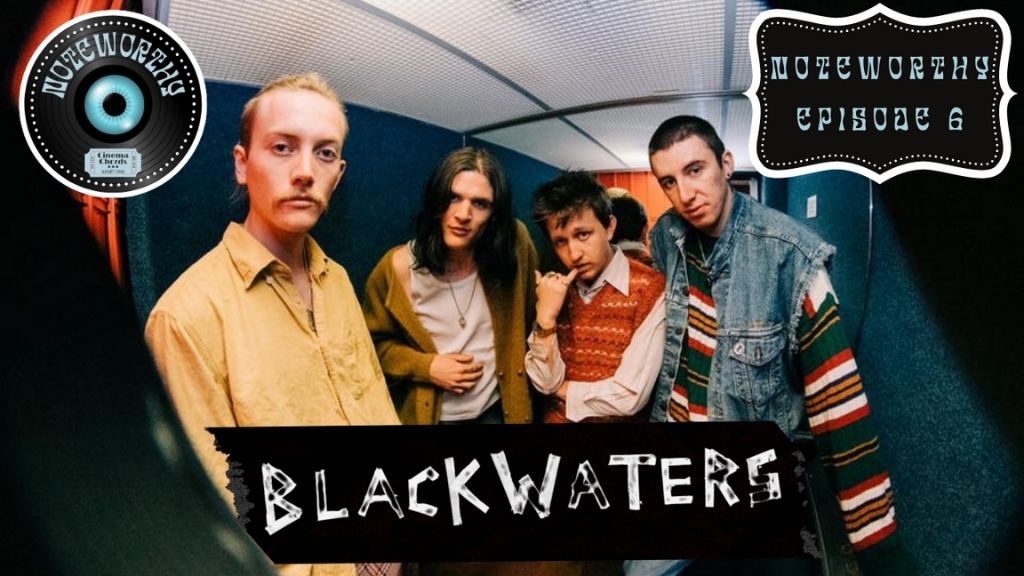 Another week, another episode of CinemaChords’ “Noteworthy,” our weekly series of videocasts shining a light on rising musicians poised for a prolific year ahead.

Today’s sixth episode welcomes BlackWaters, which started life after the four constituent members were randomly selected in a lecture to get on stage and perform “Use Somebody” by Kings Of Leon back in college in Guildford. Despite forming in Guildford, Maximillian Tanner (Vocals) David Carpenter (Guitar) Ollie Franklin (Bass) James Watkins (Drums) decided that the medieval market town was probably fed up to the back teeth of their notorious patio parties, house-hosted concerts, and all-round noise pollution and, after glimpsing through heart-pounding accommodation rates, coupled with the fact that wanted nothing to do with the kind of games that London bands are often coerced to resort to, the four of them ended up settling down in Sheffield.

Blackwaters fans have flocked from expected and some of the least anticipated places: Legendary producer Youth caught wind of them early on, inviting them to his Space Mountain Studios to work with them on their first EP, People Street, not to mention getting them to play as part of Killing Joke’s UK tour. They have also opened for the likes of the Marmozets and DMA. And, the band’s signature fast-paced, chaotic, volatile, and unpredictable live shows soon also caught Carl Barat’s attention, prompting him to invite them to open for The Libertines and, along with Olly Burden, to work on the tracks “Let The Good Times Roll”, “Down”, “So Far Out” and “Fuck Yeah”.

Now, all of seven years since they first played together as a band, they finally got the chance to record their debut album “Something Good in Lost Time” (almost) entirely in their attic during lockdown. And the result, which came out last November, is a phenomenal piece of work that you’d never guess had been recorded under such rudimentary conditions.

As you can imagine, the band ended 2021 saying, “In the folklore of BlackWaters, it’s the been the most important yet,” so on that note, CinemaChords’ Howard Gorman caught up with guitarist, David Carpenter, and drummer, James Watkins to find out the secret to recording such a polished debut record in their attic, their experiences returning to the live circuit after lockdown and what fans can expect from the band in the near future.