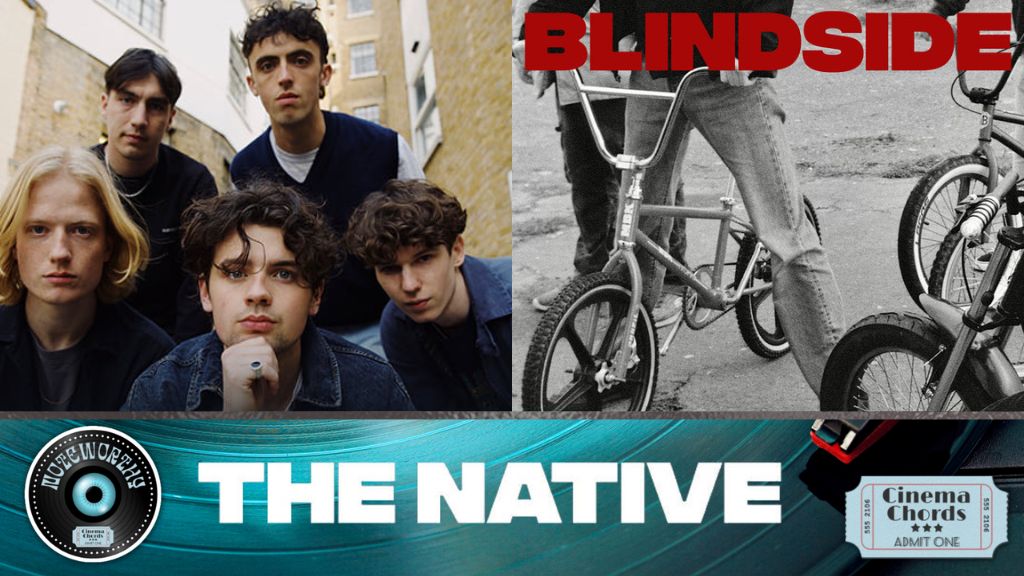 The working week strikes again so, in the hope of helping you shake off the Monday blues, we’re back with another episode of Noteworthy, our weekly series of candid vodcasts that champion the next great pool of indie talent.

Today we welcome back Plymouth quintet The Native in the wake of the release of their latest single, the infectious indie anthem “Blindside” (their first release since signing to This Feeling Records) and fresh off a supporting slot for Bastille on last month’s “Give Me the Future” tour.

Originally starting life at Plymouth Secondary School when frontman Charlie Noordewier and guitarist Ben Andrew stumbled upon their shared passion for music by chance during GCSE music class, they soon recruited Tom Booth (bass) and Harry Youngs (keys) after having initially asked them to appear in a music video pretending to play instruments. Shortly afterward, after just one rehearsal together, they found themselves stepping onto the stage to play in front of 8,000 punters at a local show as the opening act for Bastille as part of MTV’s Ocean City Sounds. This was soon followed by a gig at the Plymouth Pavilions literally just a week after finishing their A-levels.

Finding themselves flung into the limelight at such a young age clearly fueled the band’s resolve, gaining more and more traction with the release of a non-stop streak of indie gems and their 2021 self-released EP “In My Mind”. Then, most recently, the band evolved with the addition of new drummer Fergus Segrove and the band is now all fired up and raring to roll out its first EP on This Feeling Records, under the production of the legendary John Cornfield (Oasis, Supergrass, Razorlight, Muse, The Stone Roses) and mixed by Grammy-winner Adrian Bushby (New Order, Maximo Park, Foo Fighters, Muse).

So, in anticipation of the aforementioned EP and an impending headline tour of the UK with support from Essex risers Low Lying Sun, Howard Gorman sat down with a band on the cusp of breaking into the mainstream to talk about the lessons learned from opening for luminary band Bastille, the barriers that need to be broken down in the Plymouth music industry and what fans can anticipate from their eagerly awaited EP.

You can get your hands on some dapper The Native merchandise here too.