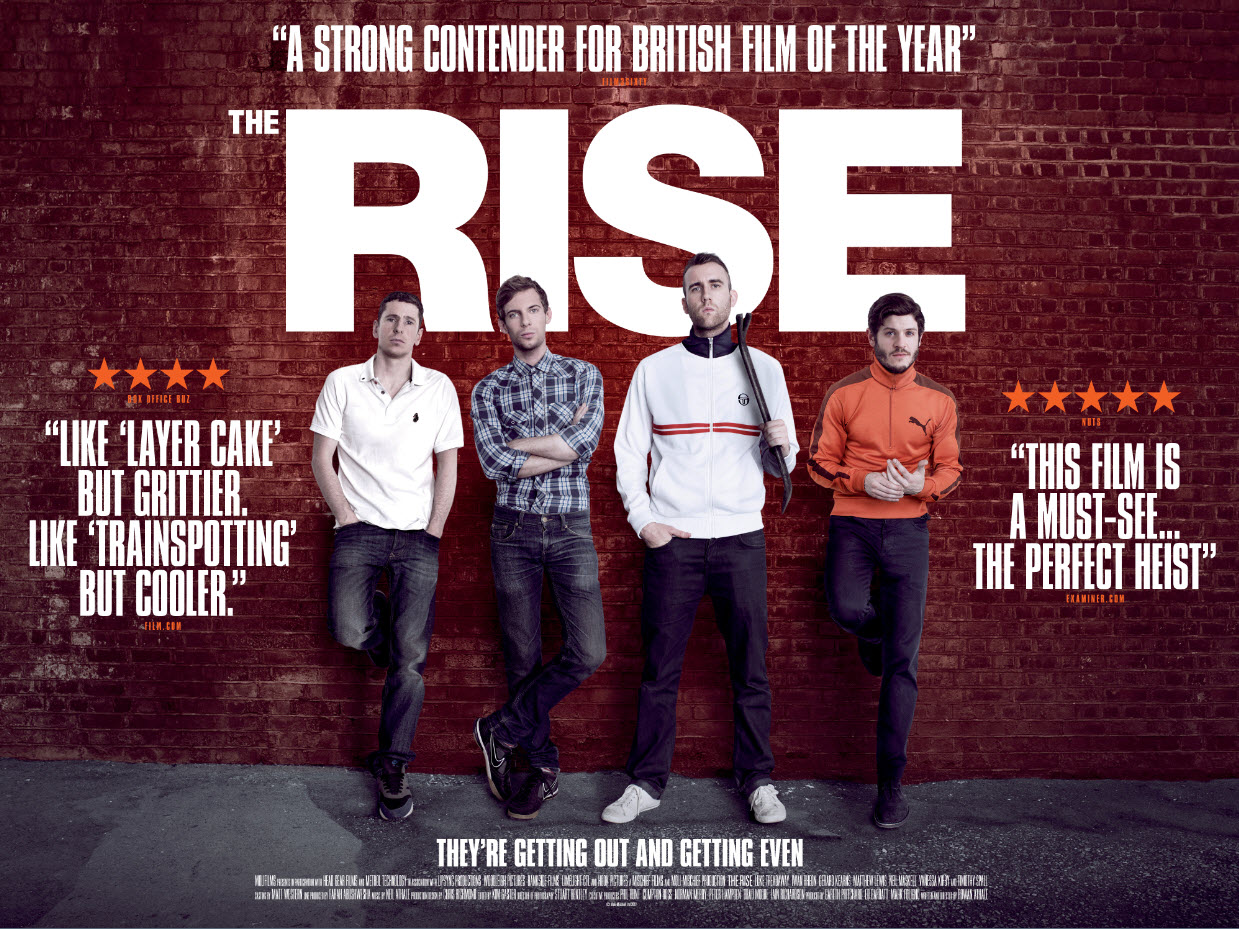 Today sees the release of a brand new poster (left) and very first clip for the soon-to-be-released feature directorial debut from writer/director Rowan Athale, The Rise. The film boasts some of Britain’s hottent rising talent such as Luke Treadaway (Attack the Block, Clash of the Titans) and Iwan Rheon (Wild Bill) alongside acting aristocrats such as Timothy Spall (Secrets & Lies, The King’s Speech).

From the producers behind of Cherry Tree Lane and Ill Manors, The Rise is a heist thriller which was filmed on location in Leeds and Yorkshire and delivered with unexpected originality, with many a cast member commenting on just how much ad-libbing became involved as Athale believed there was only so much dialogue you can write.

The Rise will be heading to UK cinemas, VOD and iTunes this 20th of September swiftly followed by the DVD and Blu-Ray release on the 30th of September.

We’ll leave you with the aforementioned clip.

Battered, bruised and under arrest, Harvey Miller (Treadaway) sits in a police interview room facing interrogation. Clutching a stack of eyewitness statements, Detective Inspector West (Spall) has no doubt as to Harvey’s part in a foiled robbery, and the subsequent attempted murder of local businessman Steven Roper (Maskell).

Denying nothing, Harvey agrees to tell his version of events in full. We take in his release from prison a month earlier and the malevolent, unjust act that put him there. We see his emotional reunion with his sibling-like best friends, and the immovable loyalty they have for one another. We see the rekindling of a lost love, a second chance for two people meant for each other. We see the ingenious planning of the ill-fated robbery, the amazing twist, the shocking outcome, and the real driving force behind it – retribution. What unfolds is an exhilarating, moving and often hilarious story of loyalty, jealousy, friendship, revenge and the pursuit of happiness.