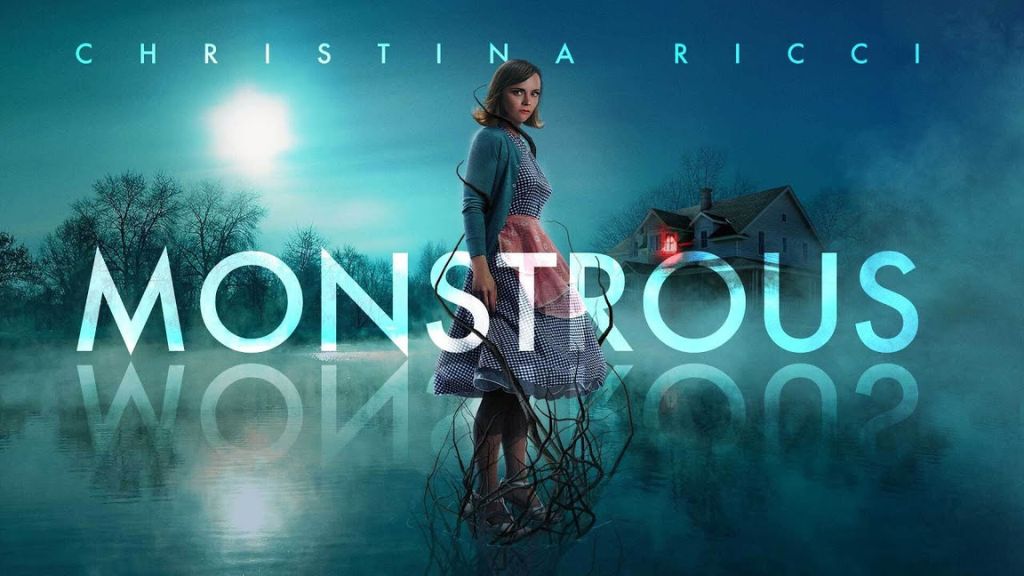 SYNOPSIS: A traumatized woman flees from her abusive ex-husband with her 7-year-old son. In their new, remote sanctuary they find they have a bigger, more terrifying monster to deal with.

For those who have seen the trailer, Monstrous is pitched as a straight-up horror film; however, this is a disservice to a film with intimate and challenging emotional themes at its core. Indeed, director Chris Sivertson‘s (I Know Who Killed Me) latest feature is more of an elevated horror affair than a monster mash.

Laura (a perfectly cast Christina Ricci) has moved to a new home with her son Cody (Santino Barnard) to escape an abusive relationship, and much of the run time is spent focusing on their everyday struggles.

The remote location of the property serves not only to hide Laura from her ex but also suggests the loneliness and isolation that she herself is feeling. Situated next to a lake (water is a reoccurring theme), Cody starts seeing a creature that at first, his mother chalks up as a nightmare, but it quickly becomes clear that this morphing, slithering manifestation is all too real. Whilst not gasp-out-loud scary, Sivertson delivers some effective set pieces and creates a suitably haunting atmosphere throughout; even a ringing telephone generates tension as Laura’s ex has somehow found their new number.

Monstrous hinges on the strength of its leads and the eminently watchable (and recently resurgent) Ricci who provides the film’s anchor with a heartfelt performance that’s complemented by the young Barnard. They are also aided by a familiar and warmly nostalgic soundtrack and an excellent 1950’s aesthetic that really pops; Ricci’s brightly colored period outfits look wonderful.

The nicely paced build-up slowly gives way to a hurried and somewhat predictable final third, where hinted themes of grief, loss, and illness come into a much sharper focus. The reveal, when it comes, is a tad clunky but works well enough to tie everything together even if the ending itself doesn’t fully satisfy.

Monstrous premiered at Glasgow FrightFest last March 12, 2022 and will release in theaters and On Demand on May 13, 2022.