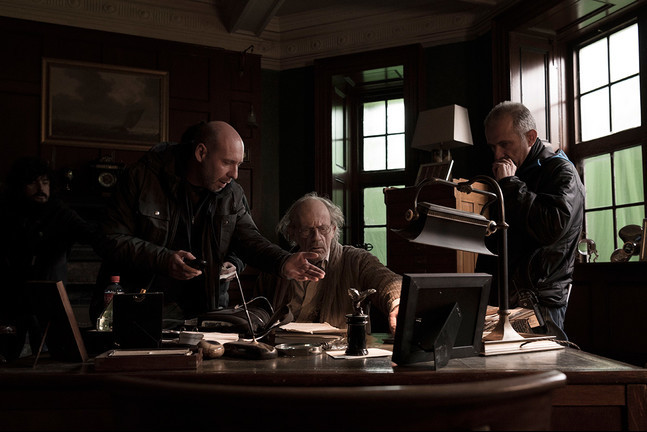 Movistar recently sat down with Spanish filmmaker Jaume Balagueró to chat about his upcoming shocker, Muse, a film he’s been after getting made for the best part of 15 years. Whilst the video is in Spanish, CinemaChords is here to break down all the details the filmmaker was willing to disclose in the video below.

Filmed in Spain, Fance, Ireland and Belgium, and starring Christopher Lloyd (Back to the Future, I am Not a Serial Killer), Joanne Whalley (The Man Who Knew Too Little, “Gossip Girl”), Elliot Cowan (Howl), Franka Potente (Run Lola Run), Ana Ularu (Inferno), Manuela Vellés (Kidnapped), and Leonor Watling (The Oxford Murders), Muse is an adaptation of Jose Carlos Somoza’s 2003 novel, “Lady No. 13.” which relates the trials and tribulations of University Professor Salomón Rulfo who suffers a recurring premonitory nightmare of a heinous crime and ultimately finds himself mixed up with a secret and ghostly sect known as “The Muses.”

We’ll leave the video below and you can read exactly what’s revealed in the English translation under the clip.

A long time ago, in a galaxy not that far away, Spanish cinema found itself stuck in an auteur filmmaking rut and certain fledgling directors started tackling suspense and terror, conjuring up their own effective auteur scares. Their names were Amenábar, Bayona or the protagonist of this video, Jaume Balagueró who’s been frightening audiences for the better part of two decades.

Jaume Balaguero: “I still feel like a young guy but when you remind me that it’s been all of 20 years, I realise that I’m no spring chicken any more.”

Don’t worry Jaume! All that experience brings much reward with it. The director has now filmed Muse, a film boasting an international cast which combines the nutty scientist from Back to the Future, Christopher Lloyd, the star of a cult German film (Run Lola Run), Franka Potente, and a Spanish singer and actress, Leonor Watling.

Muse finds Balaguero making a welcome return to horror, although this time tackling something very far removed from the much-loved [REC] franchise.

Jaume Balaguero: “No. It’s absolutely nothing like that. [REC] was an action-packed terror film whereas this one’s set in a University in Ireland, in Dublin. It’s a very classic tale.”

In Muse, the Muses come bearing knowledge but in no way the kind the protagonist is searching for. The protagonist dreams of a brutal murder that eventually ends up taking place.

Jaume Balaguero: “It’s a story about an Ancient Literature University Professor who has these premonitory dreams and various clues lead him to the truth that the seven women known as “the Muses” do indeed exist.”

“They inspire very cruel verses and what the professor finds out ends up leading him to some pretty horrendous goings on.”

“And it’s not a special effects-laden film. We won’t be seeing massive set pieces full of effects. But the film will have just as strong an impact emotionally. Apart from being a terrifying and supernatural thriller, it’s also a very “sexy” film.”

In Balaguero’s films we’re used to seeing evil navigate narrow corridors flowing with fear and terror, never knowing where one terror ends and another begins.

Jaume Balaguero: I think suspense and terror are two sides of the same thing. Although, sure there can be moments where we just get suspense or just fear.

Jaume Balaguero has been wanting to make this film ever since he read Carlos Somoza’s novel, “Lady No. 13.” over a decade ago.

Jaume Balaguero: I’d only got to about page 20 and I just thought, “Wow! This has all the makings of a film.” That was about 14 years ago and as soon as I’d finished reading the book, we started thinking about how we could adapt this into a film.”

You can only achieve goals if you pursue them and that’s precisely the case here and Muse will soon be a reality in theaters.

Synopsis:
Samuel Salomon, a literature professor, has been off work for almost a year after the tragic death of his girlfriend. Samuel has been suffering from a recurring nightmare in which a woman is brutally murdered by a strange ritual. Suddenly, the same woman who appears every night in his dreams is found dead in exactly the same circumstances. Samuel sneaks into the crime scene and there he meets Rachel who has also dreamed about the murder. Together, they will do whatever they can to discover the identity of the mystery woman, entering a terrifying world controlled by the figures who have inspired artists throughout time: The Muses. 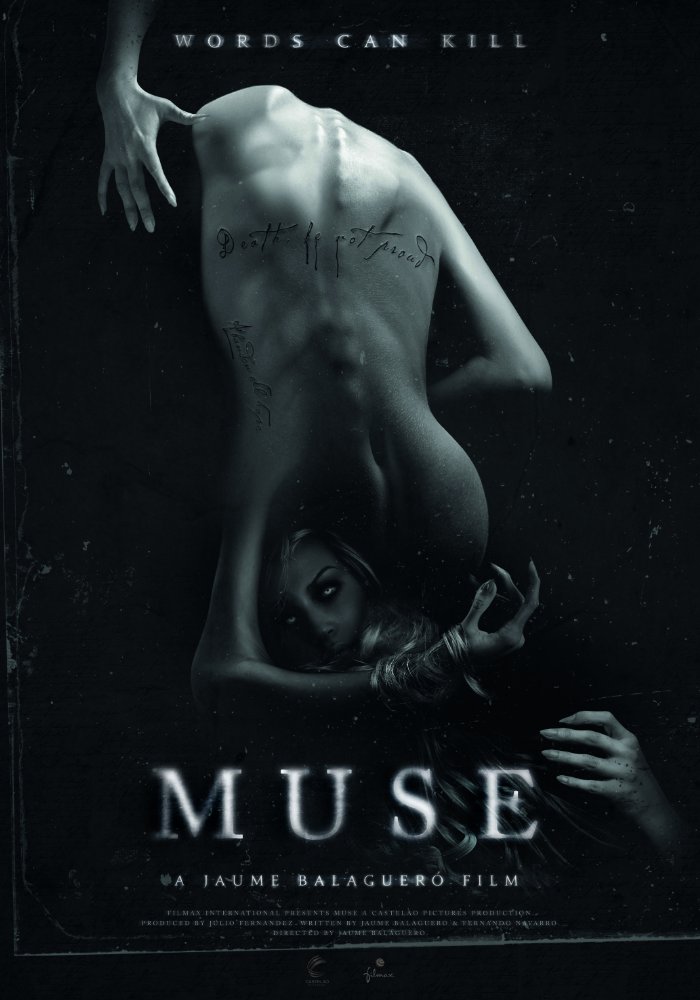