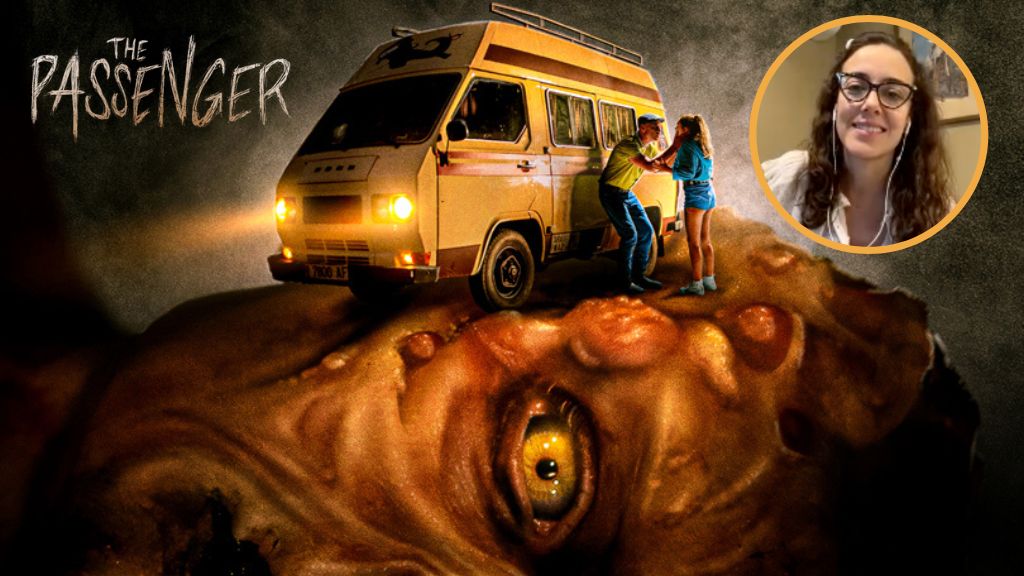 Fans of creature features are in for a treat as Dark Star Pictures and Bloody Disgusting released the sui generis Spanish shocker The Passenger in theaters on June 3, 2022 and the film will also hit On Demand and DVD this June 28, 2022.

Co-directed by Raúl Cerezo (his feature film debut) and Fernando González Gómez (Zombie World 2), from a screenplay written by Luis Sánchez-Polack (Como Caido Del Cielo), the film stars Ramiro Blas (“La Fuga”), Cecilia Suárez (“The House of Flowers”), Paula Gallego (“Cuéntame”) and Cristina Alcázar (Cachorro) and had its World Premiere at the 2021 Sitges Film Festival where it received a nomination for the nominated Audience Award.

The Passenger takes audiences on a journey with a disparate group of strangers sharing a ride only to have their already tumultuous trip upended when the driver hits a woman hiking in the dark of night. On trying to help her, they soon realize that there is something very wrong with her and the last thing they should have done is let her in the van with them.

To celebrate the film’s release CinemaChords’ Howard Gorman caught up with one of the stars, Cecilia Suárez to talk all about it, how she is terrified by horror movies but what it was about this particular one that convinced her to dive in and face her fears head on.